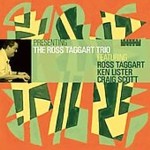 The unique talent of Ross Taggart has been heralded on many occasions by Benny Golson, Dr. Lonnie Liston Smith, Phil Woods, Clark Terry, and Fraser MacPherson, although it has almost always meant that he played a subordinate role. His first outing as a leader was as a tenor saxophonist on Ross Taggart & Co. (Boathouse Records, 1998). He then went on to release three other records as leader of a band—but all were as a saxophonist. On this release, Presenting The Ross Taggart Trio, it is the first time Taggart is heard showcasing his skills as a pianist. He follows in the footsteps, of course, of several British Columbian musicians who are multi-instrumentalists, playing instruments at wide ends of the musical spectrum.

Taggart makes the grade in fine style. He is an expressive pianist, not playing as if it were his second instrument. His technique is studied, to the point of being sublime, with his grasp of the piano's inner rhythmic working showing him to be extremely erudite. Taggart expresses himself with sensitivity and, although he tends to suppress virtuosity, his technique can be detected in some faster or certainly more challenging passages, such as in "Hogtown Blues."

But overall, this program is a languorous one. There is a preponderance of slower, more moody, and subtly shaded pieces. Taggart's interplay on "Tanara," and his solo turn on "Lady Of The Lavender Mist" are both exquisite expressions of mastery over the keyboard and the nuances of notes of every hue. The recording also features Taggart's compositional skills. And here he shines too, especially with the almost speech-like "Mr. Randle," and the remarkably vivid sketch, "February."

Of course no musician would be so incredibly complete without a fine bassist and sensitive drummer to have his back and Taggart may not have been able to push the envelope on most of the fare were it not for the wonderful support of Ken Lister on bass and Craig Scott on drums. Both musicians display staggering technique but are content to swing gently behind Taggart and only step forward gracefully when he invites them to do so as on "Mr. Randle." This is a fine debut for Ross Taggart, the pianist, and to do so in a trio format is even more commendable.

Ella's Walk; Lament For Someone; Never Let Me Go; Tanara; Mr. Randle; February; Hogtown Blues; There Is No Greater Love: Lady Of The Lavender Mist.