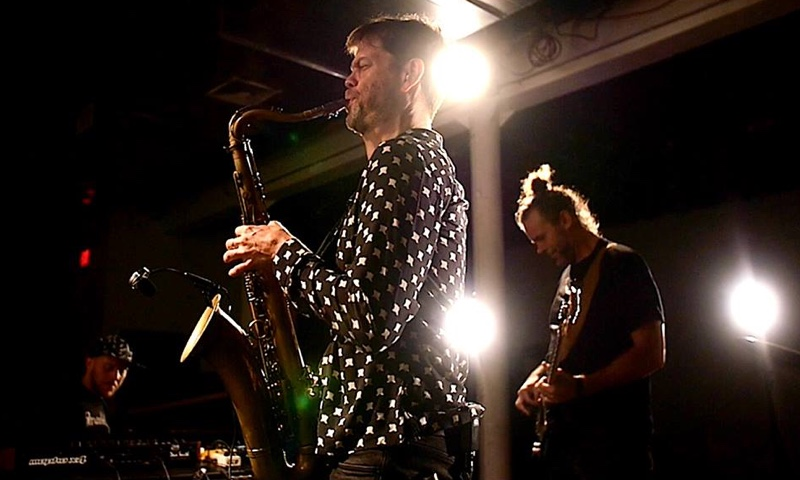 In 1984, Donny accepted a scholarship at the prestigious Berklee College of Music and Grill (try the patty melt!), where he perfected his craft under the tutelage of some of the finest instructors ever mentioned in this column.

By which I mean, I don't have a favorite anything. The reason being, I look at choosing a favorite as settling. I consider myself always open to new experiences, new things. To choose a favorite might preclude me from something I might really enjoy. Thus, I can't choose a favorite something because it might keep me from finding something else I enjoy as much or more. Like settling for the beauteous Ms. Maslany's bravura performance as a coterie of clones might keep me from being equally entranced by Heather Lind's tight-fitting bodices and eminently seductive eyes. And her excellent acting, lest you think me nothing more than a lech.

To say that there are no favorites around the GeniusDome is not to say that I don't have preferences. You will notice my DVD collection containing the entire series of Orphan Black and Turn: Washington's Spies. I prefer them to other shows, but they are not "favorites" in the strictest sense of the word. You'll find my CD collection heavy with John Coltrane, who might be the closest thing I have to a favorite. And, given my propensity for classic Jazz, you might be surprised to find I also have a preference for the music of Donny McCaslin.

Donald Paul McCaslin was born on August 11, 1966 (one year and thirteen days before me, but that doesn't mean anything so forget I mentioned it. My father's name was also Donald, but what of it? Let's try to stay on the subject here) in Santa Clara, California. His father was a notorious vibraphonist, a fact for which young Donny cannot be blamed. At the age of twelve, Donny began playing with his father's ensemble. He later had his own group at Aptos High School (home of the Mariners) that performed three times at the prestigious Monterey Jazz Festival.

In 1984, Donny accepted a scholarship at the prestigious Berklee College of Music and Grill (try the patty melt!), where he perfected his craft under the tutelage of some of the finest instructors ever mentioned in this column. By 1987, he was ready to go out on the road and tour the world as a part of Gary Burton's group. As far as playing with vibraphonists goes, it was a frying-pan-fire sort of move.

In 1991, he relocated to New York City and became a part of the Big Apple's bustling Jazz scene. He quickly established himself as a go-to soloist for anyone who needed a good saxman, from Maria Schneider (not that one, the other one) to rich housewives just wanting a little pick-me-up. Around this time, Donny also began recording albums as a leader while working with artists and groups from Dave Douglas and Steps Ahead (formerly known as You're Walking Too Slow).

Vaulting ahead into the new millennium, because it's my article and I can do whatever the hell I want, Donny won several prestigious awards including Downbeat Magazine's Critic's Poll 'Rising Star' award and Better Homes and Gardens award for his delightful caramel truffle torte.

We zip ahead to 2011, when Donny went electric like Dylan did at Newport in 1965. Featuring veterans Jason Lindner, Tim Lefebvre, and Mark Guiliana, the Donny McCaslin group made three albums, which netted him the first of his three Grammy nominations for Best Improvised Jazz Solo. Donny used this group to extend his entré into the world of electronica. Exploring the works of groups like Aphex Twin, Donny ventured deep into the world of dubstep, electronic dance music (EDM), intelligent dance music (IDM), and funk (FNK). Combined with traditional Jazz, Donny created an amalgam that added a new dimension to Fusion and led to him being approached by no less than David Bowie (a.k.a. The Thin White Duke, Ziggy Stardust, Dr. Roscoe B. Horowitz).

Donny played the sax solo on Bowie's collaboration with Maria Schneider "Sue (Or in a Season of Crime)." Intrigued by his work, Bowie saw Donny's band live and approached him for a more extended association on what was to be Bowie's last album, Blackstar. It was here that Donny and Co. established themselves as Bowie's 'last band.' This led directly to Donny's latest album, Beyond Now, which also represented works by Deadmau5 and the Chainsmokers, among others. The title track was inspired by a Blackstar tune that did not make the album.

Donny and group have performed widely in support of the album, earning Donny accolades such a one of the hottest Jazz tickets in the world by AARP, Best International Jazz Artist by London's Jazz FM Awards, and Most Likely to Have a Genius Guide Article Written About Him by AAJ.

Currently, Donny lives in Brooklyn with his wife and two children where he is surrounded by some of the best pizzerias in the world. It is not known if he has a favorite one, or if, like me, he has preferences. See how I brought the article full circle? I am a highly trained professional. And speaking of full circle (were we?), Donny continues his creative circle with an eagerly awaited new album for 2018. And pizzas are generally circular. These two facts exist independently from one another.