By ANTHONY SHAW
November 21, 2013
Sign in to view read count 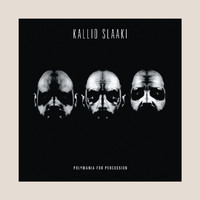 As its name suggests,this album is aimed at an audience familiar with gamelan and tuned percussion, as opposed to the year's other drum trio release by Zach Hill, Janet Weiss and Matt Cameron, a 40 minute rolling improvisation. Here each piece is highly scripted by leader Mika Kallio, and mainly follows lines he lays down on his numerous tuned gongs.

Not that unimpeded and even raucous jamming play no part, but it is small compared to the number of more delicate tunes that fill the album, nine in total. It should be remembered that this is released only in vinyl format at this stage, and so is divided into two distinct collections on either side. Also the spoken word elements, on the opening and two other tracks, are in Kallio's native Finnish and so the initial appeal is very much to a Nordic niche market.

That said, and the concept of three drummers as exclusive instrumentation accepted, this album is surprisingly accessible. The gongs occupy central space, with Kallio's colleagues Anssi Nykänen and Mikko Hassinen filling the same more peripheral spaces, as on stage. Unlike some of Kallio's other experimental work, these pieces flow with great fluidity and some restraint, while preserving the strong sense of interaction and of fun that are such a feature of their live shows. Particularly haunting is the joik-style female vocal on "Päivän ja yön välissä (Between Night and Day)" accompanied by bowed cymbals, before merging into the final track's departing delicate rolls, taps and trills.