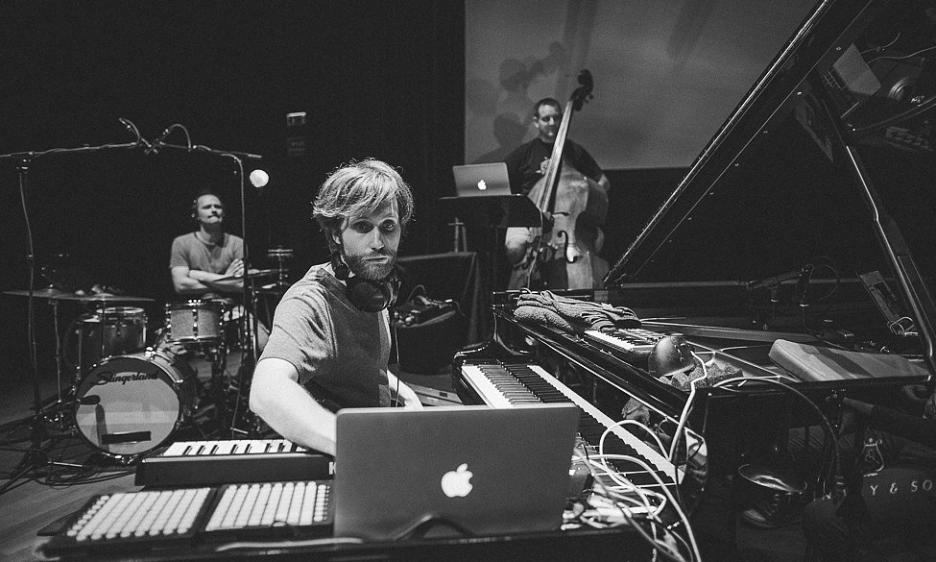 By IAN PATTERSON
July 7, 2018
Sign in to view read count
The article was originally published in a special English edition of Jazz Forum magazine prepared for Jazzahead! 2018.

It was the summer of 2002. A friend had just passed me a copy of Tomasz Stanko's latest CD on ECM—Soul Of Things, and was raving about the young trio backing the legendary trumpeter. In no time, I too was bowled over by the musicianship of Marcin Wasilewski, bassist Sławomir Kurkiewicz and drummer Michał Miśkiewicz—all then in their twenties. The trio—which of course has gone on to international renown in its own right —was a revelation to me, playing with a zest and lyricism that suggested there was a depth to Polish jazz that merited investigation. I wasn't wrong.

It has, however, taken a little digging and maybe that's because, like their American counterparts, Polish jazz youth has for too long played second fiddle to the country's iconic jazz figures, who seemed to hog the international jazz media and monopolize the polls. International promoters still predominantly gravitate towards the heavyweight figures—the marquee names and crowd pleasers. Polish jazz history might weigh just a little too heavily for its own good at times, like great oaks whose canopies stop the light from filtering through to the smaller trees below.

A couple of years later, shortly after being thrilled by Stańko's sparkling quartet in Belfast, I encountered an altogether different band—Rafał Gorzycki's Ecstacy Project. Here was a band whose experimental fusion of contemporary chamber aesthetics with jazz was as brilliant as it was original. I was particularly struck by the group's exhilarating violinist, Łukasz Górewicz, whose personal idiom embraced European folk tradition, chamber music and jazz-fusion to compelling effect. Reviewing Ecstacy Project's Realium (2005), my All About Jazz colleague Michael McCaw opined that if Ecstacy Project "recorded for a label along the lines of Thirsty Ear, rather than a local Polish company, the group would surely garner some worthwhile press attention in the US." It's my feeling too, that much contemporary Polish jazz merits greater international exposure.

Almost a decade later, in 2014, I found myself in Lusławice, a small village in southern Poland, where, in the marvelous surroundings of the Krzysztof Penderecki European Centre for Music, a dozen violinists vied for first prize in the inaugural Zbigniew Seifert International Violin Competition. In an outstanding international field, I was struck by the depth of Polish talent. Górewicz was as bold and experimental as I expected, but new discoveries such as Stanisław Słowiński, Dawid Lubowicz and eventual winner Bartosz Dworak (check out his stunning interpretation of Seifert's "Quo Vadis" on Youtube) all blew me away with their virtuoisty and musicality.

On another day, perhaps, Lubowicz could have won, but picking a winner was not simple—the weight of the task bringing competition judge Mark Feldman to the verge of tears. Lubowicz also plays in that rarest of beasts—a jazz string quartet. Atom String Quartet, which also features Mateusz Smoczynski, Michal Zaborski and Krzysztof Lenczowski, has released a number of first rate recordings, but Seifert (Zbigniew Seifert Foundation, 2017) is arguably the pick of the crop and must surely rank as one of the greatest string recordings—regardless of genre—of modern times. Seifert, you feel, would have been mightily impressed.

Great violinists, however, were not the only discoveries I made at the Zbigniew Seifert International Violin Competition. The backing trio for the violinists consisted of pianist Pawel Kaczmarczyk, double bassist Maciej Adamczak and drummer Patryk Dobosz—outstanding musicians all. Kaczmarczyk, however, with his breathless ingenuity, dazzling improvisations and highly attuned comping, was little short of mesmerizing. Not since I first saw the Esbjörn Svensson Trio, in a municipal theater in Valencia in 2001, had I been so taken by a pianist.

Kaczmarczyk became one of the few Polish jazz artists to sign for a major international label when ACT Music released Complexity in Simplicity in 2009. Whist the ACT marriage was to prove a short one, Kaczmarczyk's most outstanding work has subsequently come on the less high-profile Slovakian label, Hevhetia. Something Personal and Vars & Kaper Deconstruction, both released in 2016, make the case for Kaczmarczyk's Audiofeeling Trio as one of the most exciting jazz trios in Europe. Although Kaczmarczyk has played all over the world, he hasn't as yet attained the recognition of Leszek Mozdzer though I would be most surprised if, in time, his undoubted talent isn't more widely celebrated.

Like an iceberg, nine-tenths of Poland's jazz talent lies below the surface, at least as far as international audiences and jazz media are concerned. There are many highly talented jazz musicians recording and gigging in a country that nurtures its jazz talent. Poland boasts an incredible constellation of jazz festivals that embrace home-grown artists; from historic festivals like Jazz Jamboree and Jazz nad Odrą—celebrating their 60th and 54th editions respectively in 2018—to relative newcomers like Bielska Zadymka Jazzowa and Summer Festival Kraków, over a hundred jazz festivals take place annually in just about every corner of the country. Several festivals are aimed at promoting up-and-coming talents, such as the Masters and Youngsters Jazz Festival and Hitch On Music Exchange—both held in Kraków. With encouragement from an early age and plenty of stages on which to perform it's not surprising that Polish jazz is in such rude health.

"The Polish jazz scene is very strong," agrees Piotr Turkiewicz, Artistic Director of Jazztopad. "Each city has a community of improvising, avant-garde musicians and also more mainstream musicians." That mixture of free, experimental and straight-ahead jazz was highlighted at the European Jazz Conference 2016 in Wroclaw—hosted in Jazztopad's home of the National Forum of Music—where three days of showcases provided ample proof of the range and depth of the current Polish jazz scene. Alongside the Marcin Wasilewski Trio and other internationally known figures such as Waclaw Zimpel and Maciej Obara, up-and-coming artists were given the opportunity to shine before an audience comprised of European jazz festival directors, promoters, agents and journalists.

There was improvised jazz vocals of distinctive hue from Anna Gadt and Grzegorz Karnas, a thrilling fusion of jazz and avantgarde chamber music from the Lutoslawski Quartet, in collaboration with Uri Caine, and a bravura performance from the Wójcinski/Szmańda Quartet that stemmed from, but that was not confined to, the free-jazz school.

The current crop of young Polish jazz musicians is making waves around the world. Jazztopad has been proactive in recent years in promoting Polish jazz abroad, with satellite editions of the festival bringing acts such as Maciej Obara's Quartet, Stryjo, Marcin Wasilewski Trio, Piotr Damasiewicz and Lutosławski Quartet, amongst others, to audiences in Japan, South Korea, Turkey, Mexico, Canada, and, for the past three years, to New York. "I think it's really important to support Polish artists," says Turkiewicz.

However, what's is noticeable about the afore-mentioned showcase performances and tours by Jazztopad and Jazz Po Polsku is the lack of female participation, and in particular, groups led by women instrumentalists. As elsewhere, Polish women jazz musicians are less well represented on the stages of festivals, in clubs and on record labels than their male counterparts. "The female side of jazz here is not terribly strong," concedes Turkiewicz frankly. "That's something still to be developed."

Is there a lack of female jazz talent in Poland? Or might it be that they just that they don't get a fair crack of the whip from media and promoters? Pianist Aga Derlak doesn't think so. "I think women get equal attention in the Polish jazz media. It's not that women instrumentalists are being held back, it's just that they rarely choose this path. Maybe that's because of the conviction that jazz is a man's world and it will be difficult to mean something in it, but your career path should be dictated by your heart, your dreams and your natural talent, not by customs and misleading beliefs. When your music has a true value the matter of gender is irrelevant."

Yet to encourage Polish females to take the first steps into the financially challenging world of professional jazz—and to encourage more women to attend live jazz— then role models are needed. Polish jazz club owners, agents, promoters, festival directors and jazz media have an important role to play in encouraging and nurturing Polish female jazz artists.

Introducing the Polish showcase bands at the National Forum of Music in Wroclaw during the European Jazz Conference 2016, Jazz Forum's Chief Editor Paweł Brodowski stated: "The golden era of Polish jazz is now. There is such a profusion of incredible talent. Now is the golden era." He may well be right. Although London is arguably the hotbed for contemporary jazz, and whilst Norwegian jazz musicians may be the most feted at international festivals, it's my belief that Poland boasts a depth of jazz talent that's second to none.

My own feeling is that every era is a golden era for those who live it. That said, Polish jazz is indeed remarkably strong today, but at the same time I am also convinced that glory equally awaits the Polish jazz youth of tomorrow.