By GLENN ASTARITA
September 7, 2016
Sign in to view read count 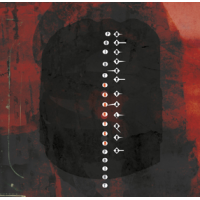 Valdes whips his guitar into submission as drummer Joe Hertenstein lays out the heavy-handed grooves as the band also intersperses complex, odd-metered unison choruses into the mix. For example, on "Shuffle," Nagano's somewhat dour opening passages are contrasted by the guitarist's lower register notes, including his bass parts. On that note, that lack of a bassist opens up the soundstage when also considering the leader's slaughtering distortion-laced chord voicings, special effects and blistering leads. Here, the drummer's weighty rock pulse segues the trio into a loping gait with Nagano's flourishing movements and Valdes flickering lines and grunge-style licks. It's a true cosmic breakdown—no doubt about it.

Many of these works project haunting buildups with full-fledged sonic assaults via the artists' highly active roles throughout the production. There are sparks flying all over the place, but this is by no means a free-form sonic blowout, as Valdes' pieces are framed on tangible rhythms and disparate motifs. But the guitarist's hammering and torrid phraseology amid the violinist's angular and streaming sojourns are occasionally offset on "Postural," which is crafted on a fractured and pleasantly neurotic tempo, marked by Valdes' fiercely ascending jaunts, elephantine clusters and Hertenstein's slapping drums and cymbals hits. Taken as a whole, the musicians' killer riffing and tightly woven ensemble work tenders the best of many unusual musical worlds, and for selfish reasons, the sooner Valdes gets back into the studio the better.