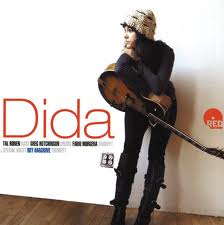 Youthful precociousness is one thing. There is typically an element of immaturity present. Fully developed and evolved at a young age is something else entirely. Israeli Dida Pelled has emerged fully formed as singer and instrumental soloist in New York City, after completing her obligation to the Israeli military and relocating there (not unlike fellow countryman/saxophonist Idit Shner). In New York, Pelled made the acquaintance of trumpeter Fabio Morgera who, in turn, brought her to the attention of Red Records' Sergio Veschi, leading to this recording. Comparisons with the late Emily Remler will be de rigueur; both guitarists were influenced considerably by Wes Montgomery, but Pelled will emerge as the logical extension of Montgomery and Remler—smartly lyrical, and edgy in a modern and not off-putting way. This is the kind of mainstream jazz that mainstream jazz needs.

Pelled leads a trio, with bassist Tal Ronen and drummer Gregory Hutchinson, enjoying brass support from trumpeters Roy Hargrove and Morgera. Pelled's repertoire is made up of vocal and guitar standards, mostly of the hard bop variety. For each "Our Love is Here to Stay" there is a "Fried Pies." Pelled's voice and guitar tone complement each other in their simplicity and warmth. Playfully sexy and intelligent, Pelled's talent exists as a complete package, perfectly capable of solo performance, but clearly benefiting from the company.

Both Hargrove and Morgera contribute greatly to the recording, Hargrove's open bell fully propelling "Our Love is Here to Stay" and "Fried Pies." Morgera's muted horn is sherry dry and flavorful on "More Than You Know" while his open bell on "Three Coins in the Fountain" is as expansive as it is clear.

Pelled's instrumental pieces are also completely fine and satisfying. "Stompin' at the Savoy" swings with a gentle confidence. The gentleness gives way to all business in her clearly linear solo choruses. Horace Silver's "Calcutta Cutie" is treated equally gently, given an almost spooky treatment, its angular lines smoothed by Pelled's careful consideration.

Plays and Sings is a most pleasant surprise.

Our Live is Here to Stay; After You've Gone; There's a Lull in My Life; Can't Take My Eyes Off of You; Ir Atzuva--It's a Sad City; Three Coins in the Fountain; More Than You Know; Stompin' at the Savoy; Calcutta Cutie; That's All.