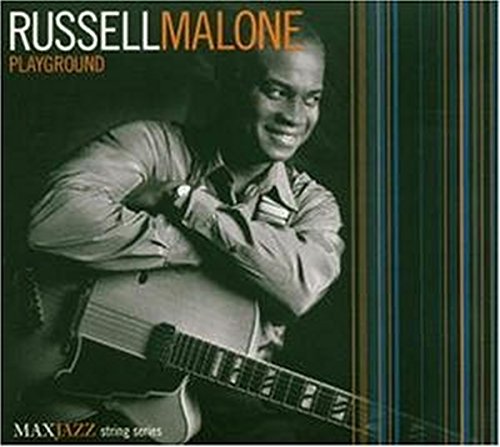 Considering the breadth of his talent, it is somewhat surprising that Russell Malone has recorded somewhat sparingly as a leader. On this, his sixth and arguably best disc to date, he confirms his status as one of the most versatile straight-ahead jazz guitarists playing music today. Malone is at home in a wide range of styles and here he clearly shows just how well he can play in many of them. Joined by his working quartet with pianist Martin Berjano, bassist Tasili Bond, and drummer E.J. Strickland, the leader solidly swings through his own tasteful production of six originals and four classics from the standard jazz and pop repertory, including a couple of pleasant surprises.

The date opens with Malone’s own “You Should Know Better,” a soulful swinger demonstrating his southerner’s taste for rhythm and blues, followed by another original, the difficult, intelligently crafted modernistic “Blues For Mulgrew.” The guitarist introduces Billy Strayhorn’s “Something To Live For” with a beautiful solo recital before being joined by the trio for a most sensitive reading of the sophisticated ballad. Vibraphonist Joe Locke joins Malone and mates for “Sugar Buzz,” a highflying up-tempo romp through some labyrinthine rhythm changes by the leader. “Playground,” the date’s title track, is a loping, bluesy, folkish original complete with startlingly successful quotes from the nursery rhyme repertoire (“Did You Ever See A Lassie?”, “This Old Man”) by Malone. On “Remind Me” the 40-year-old Malone demonstrates his mature mastery of the ballad in an unaccompanied performance of the Jerome Kern classic.

The date’s most surprising inclusion, the Carpenters' “We’ve Only Just Begun,” is outfitted with a rock-and-roll-ish introduction leading into a swinging Wes Montgomery-modeled interpretation of the familiar melody. Malone’s “Invisible Colors” is a pleasant piece, alternating light and dark passages, that was first unveiled on the guitarist’s eponymous 1992 debut disc. Alto saxophonist Gary Bartz is added to group for “Mandela,” a powerful dedication from the leader out of the Coltrane mold, with Strickland rhythmically reminiscent of Elvin Jones. Malone ends the set, alone again, with a romantic rendering of Carole King’s “You’ve Got A Friend.” For an encore, there’s a bonus CD-ROM video track of the quartet swinging on Malone’s Sweet Georgia Peach piece “Mugshot,” in a live performance recorded at Smoke.

Your Should Know Better; Blues For Mulgrew; Something To Live For; Sugar Buzz; Playground; Remind Me; We