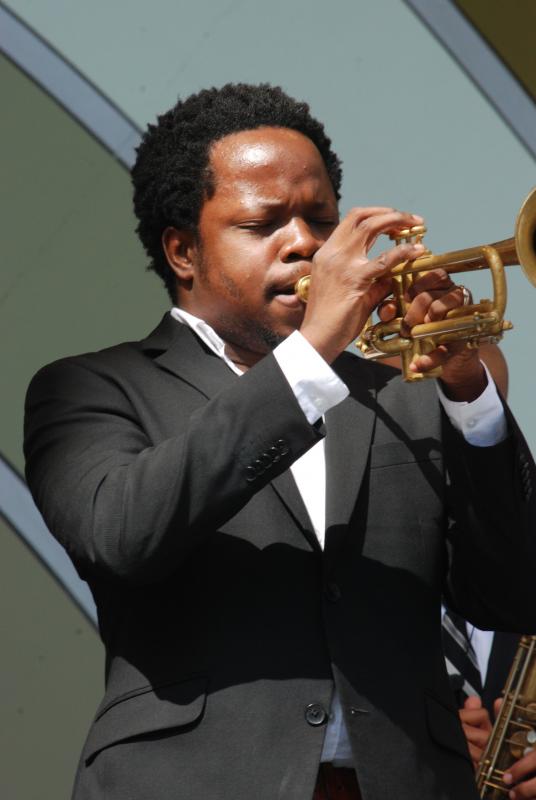 Playboy Jazz Festival
Hollywood Bowl
Los Angeles, CA
June 11-12, 2011
June gloom blanketed Los Angeles and the Hollywood Bowl last Saturday, but it wasn't long before jazz heat from the 33rd Playboy Jazz Festival burned away the last traces of fog. Playboy Jazz producer, Darlene Chan, who has, over the years, adopted the "big tent" approach to festival programming, as usual, had something to satisfy the musical tastes of all the nearly 35,000 party goers in attendance over the weekend.
Youth has always been well served at Playboy Jazz. This year, the LAUSD All City High School Big Band opened Saturday's sonic festivities. These LA teenagers roared their way through a high powered set; their jaw-dropping talent testimony to countless hours spent practicing. Hopefully, time will season these young cats' technical proficiency and engender the development of an individual "sound" less dependent on speed and more reliant on nuance and pacing.
Next up on the rotating stage, Ambrose Akinmusire, who only a few years ago burst on the jazz scene after winning the Thelonious Monk International Jazz Competition, revealed just how a few years can truly mature a player's "sound." In a set that featured a ballad and an extended, up tempo, hard bopper that gave the entire band a little "room to move," Akinmusire's playing reflected impressive personal growth. He has mediated decades of trumpet history through his own musical consciousness without resort to imitation. Blowin' horn to horn with the emerging sax star, Walter Smith III, the pair gave the audience the day's tastiest morsel of straight ahead jazz.

Yet Saturday's crowd favorite had to be the Rebirth Brass Band and special guests, Donald Harrison, Dr. Michael White and Kermit Ruffins. The band made their entrance in dramatic and true New Orleans, 2nd Line style, marching up to the stage from the rear of the Bowl. From there, Mardi Gras Big Chief, Harrison, shouted out the "Iko, Iko" chant. Then Dr. White "bluesed" out a soulfulicious solo on the classic, "St. James Infirmary." By the time the band played the theme from the HBO series, Treme, the audience was dancin' and wavin' handkerchiefs in ecstatic communion. 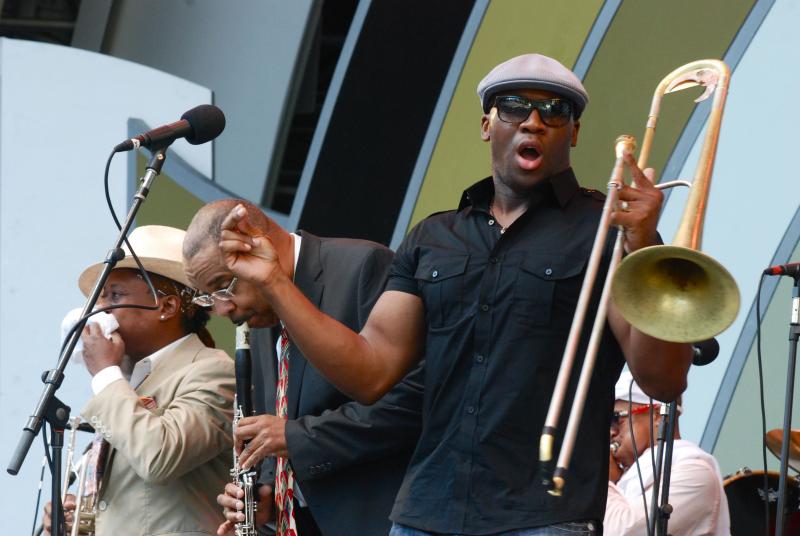 Playboy's Saturday program demonstrated just how a jazz festival can appeal to a broad spectrum of music lovers without sacrificing integrity in the process. In fact, Playboy founder and swingin' octogenarian, Hugh Hefner, and Ms. Chan presented a veritable history of jazz from the music's roots in the Crescent City, to the vocal jazz tradition, to modern, bop based jazz to the latin branch of jazz's family tree. Happily, neither Robert Plant nor Rod Stewart had to be invited in order to inflate the commercial viability of the Playboy Festival and, for that, we all owe a debt of gratitude to the organizers.