A native Southern Californian, Roger Burn was a multi-talented musician; a master vibraphonist, pianist/keyboard player, drummer/percussionist, singer, composer, arranger, meticulous music copyist, band leader & music publisher. He possessed perfect pitch and began playing the piano by ear at an early age. He began his career as a drummer, starting at the age of eleven. By the time he was fourteen, he quickly picked up the piano and soon after, the vibraphone. He began practicing two hours a day, working his way up to five hours a day, at one point. He insisted on keeping his windows closed, even in hot summers, (with no air conditioning) as he was concerned - “I wouldn’t want someone walking by on the sidewalk to hear me while I’m practicing.” He was a perfectionist. His high school band director, Ed Wolfe, describes Roger as being verbally “outgoing” and “perhaps not too subtle” as he recalls their first conversation: “Mr 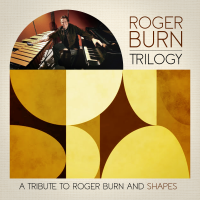 All About Jazz features a free song every day spanning all genres of jazz, and of the tracks featured in January, these ten represent our personal favorites. We also included the top ten reader favorites as indicated by total listens. Musicians and record labels can submit full length MP3s for consideration here. Enjoy! EDITOR'S PICKS Come ...
read more