NYC-based composer and saxophonist Quinsin Nachoff has earned a reputation for making “pure, bracing, thought-provoking music” that is “cliché-and convention-free” (Ottawa Citizen). Since moving from his native Toronto to New York City, Nachoff has made a habit of freely crossing borders: his music moves fluidly between the jazz and classical worlds and manages to be soul-stirring at the same time that it is intricately cerebral. His passions reach into both the arts and the sciences, with concepts from physics or astronomy sparking inspiration for exhilarating compositions. That state of constant unpredictability is vividly captured in both the name and the music of Nachoff’s remarkable group Flux, which thrives in the spaces between genres, styles and inspirations

This show features albums by Chris Potter, Matthew Shipp Trio with Nicole Mitchell, Sunjae Lee and Quinsin Nachoff together with releases from vocalists Angela Verbrugge and Karin Plato, and one or two surprises in between... Playlist Chris Potter “Hold It" from Circuits (Edition) 00:00 Matthew Shipp Trio invites Nicole Mitchell “Elements" from All ...

Quinsin Nachoff is a saxophonist and composer who draws inspiration from the world around him. The 2017 solar eclipse, the 2016 American presidential election, Kenny Wheeler and John Cage all figured in the creation of the music on Path Of Totality, an ambitious program combining jazz, classical music and prog rock. It is performed by his ...

Composer/musician/producer Quinsin Nachoff, the force behind Path of Totality, is interested in and is at least somewhat conversant with physics and other things celestial. The 'Totality' he refers to in the title is that period of complete darkness, which is achieved during a complete solar eclipse. Of course, using themes is fairly common in jazz releases ...

Expat bassist Mike Parker is living in Poland now and making great music with his Trio Theory. This episode kicks off with a pair of tunes from Shiny Objects, Dark Places, his latest album. You'll also hear Burning Ghosts with their musical expression of anger and distaste for the current state of American politics. The second ...

As they say, “a good beginning makes a good ending" and, based on the extraordinary amount of sensational new releases that have come out in less than a month, it looks like we're in it for a great musical ride in 2019. Here are two hours of gems from albums that have just been, or about ...

The title of Quinsin Nachoff's ambitious double album refers to the August 2017 lunar eclipse, when the moon passed in front of the sun and cast a shadow known as the “path of totality." This event also gave rise to a twin-headed metaphor reflecting both his band's creative evolutionary process and the current political and environmental ... 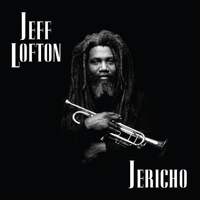