In the early 1950s, the rural Oklahoman Chet Baker established prominent connections in the jazz world; gigs with Charlie Parker and Stan Getz led to his first recordings. The trappings of both musicians' circles were dusted with heroin and Baker's career breaks coincided with his introduction to the disease that would stifle his musical development and ...

Alexander Zonjic & Friends Middle C Jazz Charlotte, NC December 21, 2019 Flutist Alexander Zonjic was born in Canada, but has made his home in jny: Detroit for many years. As he was tuning his guitar onstage he chatted with audience members from Windsor (there were several), and from Detroit (lots ...

Portland, Oregon-based pianist Kerry Politzer has a thing for bossa nova. Her immersion into sounds from Brazil comes into full blossom with her sixth album, Diagonal. Brazil's bossa nova sound came to world wide attention initially via the music from saxophonist Stan Getz on Jazz Samba (Verve, 1962), followed by early 1960s recordings from ...

Can jazz have “concept albums?" Probably not, but some records do work harder at sustaining a mood--or a sense of narrative--than others. The boys look at five test cases--one brand new, two from that prime year 1969, and two from the transition from the eighties to the nineties. Madge gets a look in during pop matters, ...

Bassist Larry Grenadier has a most impressive resume: multiple recordings with Herbie Mann, Paul Motian, Charles Lloyd, trumpeter/brother Phil Grenadier, vocalist/wife Rebecca Martin, Chris Potter, Joshua Redman, Jamie Saft, and many others. His brand has long been enhanced by his stellar work with Pat Metheny and a twenty-plus-year association with Brad Mehldau. It's not surprising that ...

The Latin Jazz All Stars at Dazzle

Latin Jazz All Stars Dazzle Denver, CO January 10, 2019 The All Stars came to town Thursday night and lived up to their name. The Latin Jazz All Stars is an amalgam that periodically organizes and tours with a fluctuating cast of players. A similar conglomeration came through the Denver ...

Bill McBirnie is a jazz and Latin flute specialist based in Toronto, Ontario, Canada. He has studied with renowned American flutist, Samuel Baron, distinguished Canadian flutist and composer, Robert Aitken, as well as Cuban charanga legend, Richard Egues. Bill has also been solicited by no less than Sir James Galway to serve as his resident Jazz Flute Specialist at Sir James' official web site. Bill is well known for his outstanding technique. However, he is also recognized as an exceptional improviser (notably in the bebop, swing and Latin idioms) as demonstrated by his recordings as a sideman with Junior Mance, Irakere, Memo Acevedo and Emile-Claire Barlow

Michel LeGrand is best known for his long and fruitful career in movie soundtracks, but as a young man in 1958 he was featured in an arranger's showcase with a collection of jazz masters, including Ben Webster, John Coltrane, Bill Evans, and Miles Davis. Columbia Records in 1958 had an unparalleled roster to offer ... 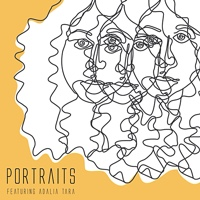