In 1980 he began playing sax self-taught. He moved to Barcelona in 1982, where he ended his flute classical studies. At the same time he started attending Taller de Mùsics, where he studied harmony and arrangements with Zé Eduardo. In 1991 he moved to New York, where he attended New School. There he had the chance to play with great musicians such as Lee Konitz, Jimmy Cobb, Joe Chambers, etc. He also worked professionally with Steve Lacy, Daniel Humair, Fred Hersch, Bob Moses, Louis Bellson, Michael Brecker, Bob Mintzer, Maria Schneider, Pat Metheny, Kenny Wheeler, etc. He has been tecahing in some of the most important jazz schools in Spain: Taller de Músics, Musikene, ESMUC, etc, and has been doing workshops all around the world

An international trio, based out of Lisbon, Portugal, Dissection Room formed in 2015 with saxophonist Albert Cirera, bassist Alvaro Rosso and guitarist and electronic artist Abdul Moiméme. The three artists share wide-ranging formal training in multiple disciplines as well as an affinity for experimental music. Their self-titled debut, recorded live at Lisbon's O'Culto Da Ajuda in ...

The self-titled debut from the Spain-based Hakos Trios is a cross-continental outing from diverse European and Asian influences. Working with straight-forward pentatonic scales as well as Baltic and Eastern inspirations, the resulting pieces take shape as unfamiliar but accessible. Billed as a double-trio, the Bulgarian, Serbian and Spanish musicians maintain a fixed rhythm section and trade ...

Born in jny: Lisbon in 1976, guitarist André Fernandes is becoming a significant international player in jazz. He studied at the Lisbon Hot Club School and later at Berklee College of Music for two years in the late nineteen nineties. He has contributed to the projects of many internationally renowned jazz musicians including Julian Arguelles, Avishai ...

European Jazz Conference Budapest Music Centre Budapest, Hungary September 24-27, 2015 In times when war and poverty are provoking large-scale migrations to Europe, the responses both individually and collectively of the European nations have raised important questions concerning responsibility, human rights, humanitarian aid and trans-national collaboration. In the light of Orwellian ...

The guitar is an instrument that continues to inspire musicians around the world and since early pioneers like Django Reinhardt and Charlie Christian showed the endless possibilities of the instrument, the guitar has also been an important part of the evolution of jazz. One can certainly speak of a genre called jazz guitar, with characteristic chord ...

Perico Sambeat is one of the most famous Spanish sax players around the world. Before he got special recognition in 2003 when he won the Bird award at the North Sea Jazz Festival, he had been working internationally for more than twenty years. This eclectic jazz musician has a rich discography both as a leader and ... 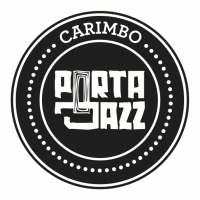 The next edition of our anual jazz festival is coming up: it's the fourth edition of Porta-Jazz Festival! Our main goal as a musician's association is to promote the original creation in contemporary jazz and this year we have many reasons to celebrate. We've had weekly concerts at our venue Sala Porta-Jazz always with a sellout, ...
read more