A colorful and versatile musician who was comfortable while on the piano, or stretching out on the Hammond organ. Milt Buckner was also quite the character and very much the jovial entertainer. Orphaned as a child, Buckner was taught music by an uncle in Detroit. He started playing piano and arranging for local bands such as The Harlem Aristocrats and The Dixie Whangdoodles - by the late 1920s. After joining drummer Don Cox's band in 1932, Buckner began experimenting with patterned parallel chords, becoming famous as the earliest purveyor of what came to be known as "block chords" or "locked hands" style;, he then attracted the attention of McKinney's Cotton Pickers in 1934 for whom he wrote arrangements. Buckner continued working with the local Detroit groups of Don Cox and Jimmy Raschel, until he joined Lionel Hampton's big band as pianist and arranger in November 1941, acting as pianist and staff arranger, and remained there for seven years, where his recorded arrangements included “Tempo's Birthday,” “Slide Hamp Slide,” “Overtime,” “Rockin' In Rhythm,” and the perennial “Hey! Ba-Ba-Re-Bop,” and “Hamp's Boogie Woogie.” Hamp's free-wheeling orchestra suited Milt admirably; the on-stage histrionics, the jump and swing repertoire and the musical and visual appeal of the band fit his charact er like a glove. While with Hampton, Milt broke away sporadically to pursue his own career on Savoy Records from 1946 to 1948, after getting an early taste recording a lone side under his own name for Hamp's Hamp-Tone label 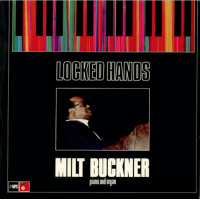 Yesterday I posted on Go Power!, saxophonist Illinois Jacquet's 1966 album with Milt Buckner on organ and Alan Dawson on drums. In the post, I mentioned that Buckner had created the locked-hands technique on the piano keyboard. Unleashing this difficult approach requires that both hands play the same chords with the song's melody note up on ...
read more

The Jazz Bridge “Jazz at the Library,” Third Thursday Concert Series presents saxophonist Bootsie Barnes at the Willingboro Library—220 Willingboro Way in Willingboro Township—on Thursday, December 18. Tickets are $10, $5 for students One show starts at 7:30 p.m. Information: 215-517-8337. Robert “Bootsie” Barnes embodies the spirit and the tradition—past, present and future—of everything that was ...
read more

The Jazz Bridge second Wednesdays, Neighborhood Concerts Series at the Lutheran Church of the Holy Communion Chestnut Street in Center City Philadelphia—presents saxophonist Bootsie Barnes on Wednesday, January 8. Showtime is 7:30 p.m., tickets are $10/$5 for students, and are only available at the door. For info: 215-517-8337. Robert “Bootsie” Barnes embodies the spirit and the ...
read more

Vocalist Pearl Williams In Media Pa On Wednesday May 15th! 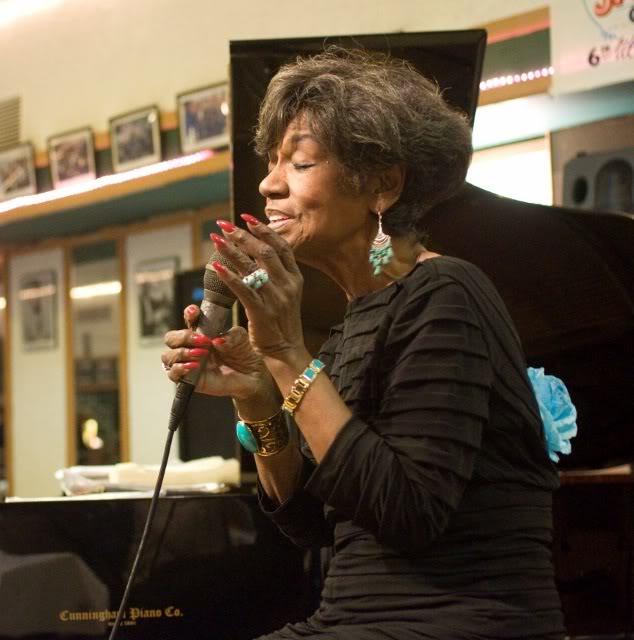 Appearing at the Unitarian Universalist Church of Delaware County—145 West Rose Tree Road in Media—on Wednesday, May 15th is singer Pearl Williams. Tickets are $10, $5 for students, and are available only at the door. Show time is 7:30 p.m. Information: 215-517- 8337. Pearl Williams embodies, embraces and perpetuates the legacy of legendary Philadelphia jazz singers. ...
read more

Dr. Lonnie Smith-organist, composer, bandleader and now principal of Pilgrimage Records-is the Cheshire cat of jazz. He's been part of the scene for so long that, even though he's there, he sometimes disappears from view; when you do get a glimpse, the last thing you see and the first thing you remember is his warm and ...

Organ jazz records flow into and out of our consciousness evoking memories of the roots of jazz, R&B and easy listening, but also awakening us to the possibilities of new musical exploration. Whatever inspired Wild Bill Davis, Milt Buckner and Jimmy Smith to take up the organ may never be known. Maybe it was ...