In 2017, alto saxophonist and composer Camilla George's band was the support act for a Dee Dee Bridgewater gig at the London Jazz Festival. After George had finished her set, Bridgewater, who had been listening in the wings, came onstage, took the mike, and announced: “The world is safe because we have Camilla." Others in Cadogan ... 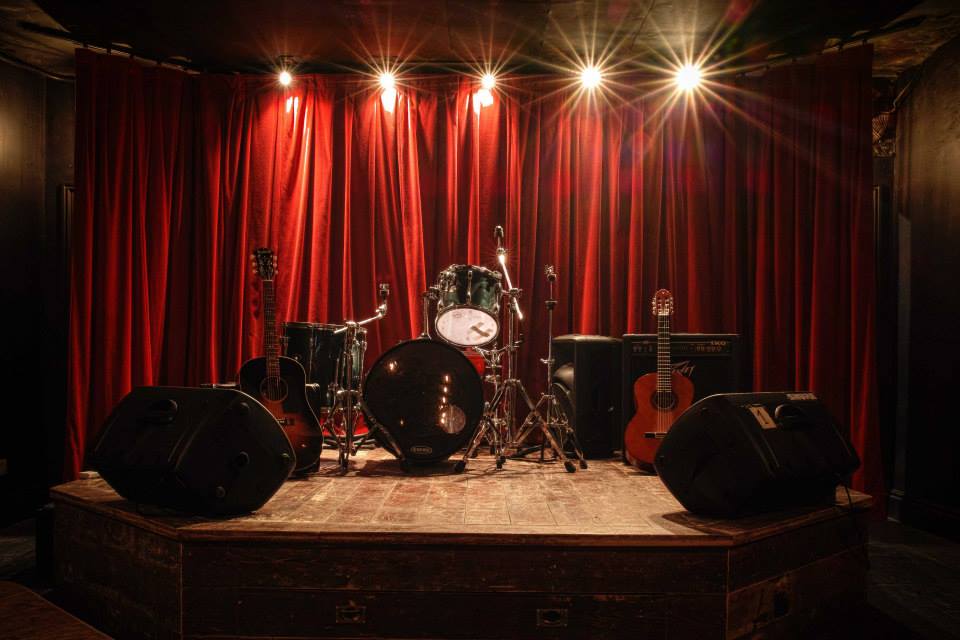 London promoter and record label Jazz re:freshed has lost its home base, the Mau Mau Bar in Notting Hill Gate’s Portobello Road, following its sale to new owners. The organisation's weekly residency at the venue was a popular part of West London’s live jazz scene and the fulcrum of Jazz re:freshed's other activities. In a surprise ...
read more

Frank Denyer is an English composer whose brilliantly coloured and imaginatively rich compositions fall between several and into none of the accepted categories of contemporary music. Born in London in 1943, he was a chorister at Canterbury Cathedral by the age of nine, the director of the experimental music ensemble Mouth of Hermes in London at the age of twenty-five, and a Doctoral student in ethnomusicology at Wesleyan University, Connecticut at the age of thirty. He has lived and worked in east Africa and India. Denyer’s music is distinguished by a keen sensitivity to sound. Each of his works is written for a unique combination of instruments, more often than not a combination that no composer has dreamed of before

"European jazz is promised a virtually limitless future if it continues to stick close to its European roots embedded in the subsoil of specific regional cultures, and it continues to be performed by bands as imaginative as the SBIQ. " - Bill Bruford, Liner notes from "Our New Earth", Surrey, England 2019 The SIRKIS/BIALAS IQ is an on-going band, established in 2014 consisting of four unique musical personalities bringing their individuality and working together as a team to create new explorative-forward-looking music. The new album explores many different colours on the emotional spectrum, using some rarely used instruments in jazz such as the church organ, waterphone, crotales, konnakol, and different vocal sounds. With an emphasis on band interaction and sheer joy of playing, ‘Our New Earth’ celebrates music from both Sirkis and Bialas, covering a wide range of influences such as contemporary classical music, Polish folk, Progressive rock, South Indian and Middle Eastern musics as well as a wide range of dynamics – from the most delicate ballad all the way to high-energy electric lines and everything in between; expect soulful melodies, aerospheric sounds with strong grooves, a full colour electroacoustic jazz with an ethnic touch and some uncommonly used instruments and sound effects. Although Sirkis/Bialas IQ’s music can sometimes be generically referred to as ‘vocal jazz’, Sylwia’s approach to singing is different; making the role of the voice more like an instrument rather then a lead. In her own words: “I truly feel no need to take the central spot on stage (as a singer is often expected to)

Mario Bakuna is a London-based Brazilian composer, singer and guitar player, with over fiftteen years of professional experience. He is a graduate of the Free University of Music in Sao Paulo, Brazil. Whilst there he studied with musicians such as: Olmir Stocker, Roberto Sion and Roberto Bomilcar (pianist who played with Frank Sinatra during his visit to Brazil). Mario has worked alongside the trombonist Itacir Bocato, guitarist Renato Consorte, and other big names from the São Paulo music scene. His study focusses on afro-brazilian music, Jazz and Bossa Nova. In addition to developing new arrangements of music by enshrined Brazilian artists as Tom Jobim, Paulo Moura, and João Donato, in recent years he has been focussing to reinterpretations of Samba Jazz - a music that emerged in Rio de Janeiro in the 50s and was pioneered by musicians like Luiz Eça, Tamba Trio, Edson Machado, among others

David Hall is jazz musician and educator from the UK. David studied at Cambridge University, where he held an Organ Scholarship at Corpus Christi College, and at the Royal Academy of Music in London. At Cambridge, he played alto sax in the University "Fitz" Swing Band and led several small bands. He now directs and writes for the Black Cat Big Band. The Black Cats play regularly at the Concorde Club in the UK, often featuring David's own charts and vocal arrangements. David is Musical Director of Finchcocks Piano Courses. Finchcocks is an amazing Grade I listed home in the Kent countryside

Cassandra Miller (1976) is a Canadian composer living in London, and is Associate Head of Composition (Undergrad) at the Guildhall School of Music and Drama. Her present work involves direct and personal collaboration with solo musicians, engaging in embodied research related to non-notated collaborative practices and the place of voice and body in creative processes. Her notated compositions for ensembles and orchestras explore the transcription of pre-existing music as a way to translate its musicality/vocality into another experience. Teaching takes a central role in her artistic life, holding the faculty position at Guildhall since September 2018

Sam Eastmond is a composer, arranger, bandleader, trumpet player and producer creating music incorporating a variety of genres including jazz, klezmer, cartoon, rock, surf, world, jewish and Downtown influences and composed and improvised sections into music that he identifies as avant-garde or Radical Jewish Culture. He co-founded and leads the Spike Orchestra, a large ensemble who have recorded three studio albums since 2014, their debut Ghetto (Spike Records) and two collaborations with New York legend John Zorn as part of his Masada Book on Tzadik Label, Cerberus: The Spike Orchestra Play Masada Book Two and Binah from the forthcoming Masada Book Three series. Other current projects include TORU a free improvisation group releasing an album a month, and Gulgoleth, a quartet comprised of the Spike Orchestra rhythm section playing a new Book of music composed for this outrageous group of players, album being recorded this year.