Billy Peterson is one of the premier, most celebrated bass players in the world. His uncompromising talents as a performer have brought him widespread recognition, as well as his plenty credits as a composer, arranger and producer. So it is no surprise that the world-renowned bassist is quite often also compared with a chameleon, but not only as he can fill many positions, but also as he is at home in several genres of music weather it be rock, pop, R&B, soul, jazz, folk or country. Peterson´s contributions to the music scene are inestimable and his imagination and boundless enthusiasm behind the bass are singular and stunning

Ben Sidran Dazzle Denver, CO October 23, 2019 Ben Sidran is a quadruple threat. Many great musicians claim the trifecta of vocals, instrumental chops and songwriting. Sidran has all those. On top of all that, Sidran adds philosophizing. Or maybe it's storytelling. Or maybe both of those things. Wednesday night, Sidran ...

The challenge of finding something original to say about Bob Dylan's Blood on the Tracks (1975), the mother of all comeback albums, baffles even the most steely-eyed critic. But Sony has made the task easier with More Blood, More Tracks, the unfortunately titled, overpriced, but nonetheless revelatory fourteenth entry in the Bootleg Series. The six-disc Deluxe ... 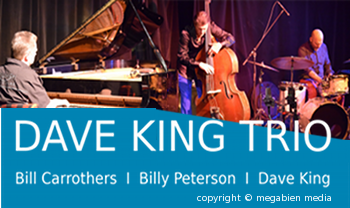 A very exciting new trio from three of the most dynamic jazz artists working today! Led by visionary drummer Dave King, this trio recently made a splash at the Winter JazzFest in New York in January 2016, and are warming up for a new record, set to come out on ECM Records in 2017. Dave King ...
read more

Dave King with Bill Carrothers and Billy Peterson: I've Been Ringing You

Drummer Dave King's major fame and fortune--though mostly fame; this is, after all, jazz we're talking about--comes from his work with The Bad Plus. That particular modern piano trio can go loud, combining elements of pop and rock while delving into the avant-garde side of jazz. TBP has been described as bombastic, but King doesn't limit ... 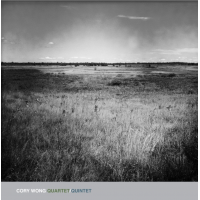 It’s been said, “You can’t have your cake and eat it too.” That just changed with the double disc set by Twin Cities jazz guitarist Cory Wong, scheduled for release on April 23, 2012. The name of the disc itself encourages a curiosity: Quartet/Quintet. Can’t decide on listening to a quartet or a quintet? This two-disc ...
read more

Outside of the Twin Cities, Billy Peterson is probably best known for his two+ decades of work with the Steve Miller Band. But here at home, and particularly over the past six months, Billy literally has served as the house bassist at the Artists Quarter, appearing with a wide range of jazz artists from vocalists to ...
read more