Bob Kenselaar's time capsule of interviews and more from the 1970s.

[Flauist Herbie Mann was often ahead of the trend with his wide explorations into sounds from everywhere. When I asked him in this 1978 interview where music in general was heading, he talked about a broad mix--"an amalgamation of everything"--which might be a good way to describe Mann's overall career, except that it doesn't account for his own personal, exuberant voice.] Over the last 25 years, Herbie Mann has taken his flute all over the map--literally and figuratively. It's not ...

[Sonny Rollins was finishing up an extended tour at the time of this 1978 interview. Milestone Records had brought him together with pianist McCoy Tyner, bassist Ron Carter, and drummer Al Foster to form a group called the Milestone Jazzstars that played 20 shows that year and recorded a live album. He talked about other tours, his work in film, and his continuing musical development.] Sonny Rollins doesn't get at all excited about being called the world's greatest tenor saxophonist.

[Standing tall with a flowing salt-and-pepper mane, Dave Brubeck had a broad smile and was quick to laugh when I met him in the fall of 1978 at publicist Peter Levinson's New York office for this interview. He was enjoying his tour with the New Brubeck Quartet, the group he formed with his sons. He reminisced about his earliest days in music and his duet recordings with Paul Desmond, and he proudly recalled some compliments he'd gotten over the years ...

[The music that Stan Getz made over the years was consistently moving and powerful. But he was probably putting me on a little when he said he was going to “blow the walls down" in New York for a series of shows early in 1979. When someone gives you a headline like that, though, you go with it. He was a little more straightforward later in the interview when he said, “I'm a thoughtful player. I don't believe in blasting ... 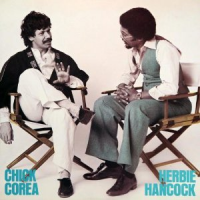 [Herbie Hancock has a long history of mixing it up--from jazz to funk, pop, and everything in between. At the time I did this interview with him in the summer of 1979, he'd been making ventures away from straight-ahead jazz for some time, but they were still fresh enough to have some fans up in arms. From today's perspective, though, it's clear that his eclecticism is a big part of what makes him the grand man of music that he ...

[Bill Evans was in a relaxed mood late in the morning on a cloudy spring day in 1979 for this interview. He was very happy with his most recent recording and excited about the new direction he was taking with his trio. In addition to sharing memories about his musical career from its earliest days, he reflected on his place in the history of jazz. He died not long afterwards, in September 1980.] Greeting me at the door ...