This series chronicles significant recordings, people and events in the story of Afrobeat, from its inception until the present day.

Felebration 2013 Dele Sosimi Afrobeat Orchestra & Guests 229 London, UK December 14, 2013 The second package show to be staged in London this year in honor of Fela's memory, Felabration 2013--a celebration of what would recently have been his 75th birthday--followed Saluting the Black President, presented at 229 back in May. The format was similar: a fast-moving succession of young, mainly Afrobeats (with an “s") artists offering their own spins ...

Saluting the Black President Dele Sosimi, Ginger Baker, Tony Allen, Keziah Jones, Afrikan Boy, others 229 London, UK May 17, 2013 Saluting the Black President was presented to mark the release of the second batch of albums in Knitting Factory UK's Fela Anikulapo Kuti reissue program. The event sold out long before the doors opened, with the advance publicity creating some seriously heightened expectations. Among these was the promised reunion of drummers Ginger ... 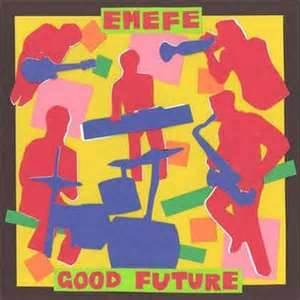 EMEFEGood FutureEMEFE Music2012For a glorious week and a half in November, London seemed like the epicenter of Afrobeat. Antibalas played Islington Town Hall. Dele Sosimi's Afrobeat Orchestra played Hackney's New Empowering Church. Seun Kuti & Egypt 80 played Kentish Town Forum. If only every month could be like that.For most of each year, London's hardcore Afrobeat community lives from one of Sosimi's bimonthly Afrobeat Vibration all-nighters to the next. The ... 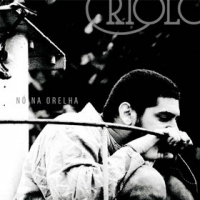 CrioloNó Na OrelhaSterns Music2012There may be an awful lot of coffee in Brazil, but there's not an awful lot of Afrobeat. So here's some qualitative easing: the opening track on singer/rapper Criolo's Nó Na Orelha ("knot in the ear"). “Bogotá" has the rhythms, a turbulent horn arrangement, chopping rhythm guitar, booting tenor saxophone, politically-engaged lyrics and a rebel vibe. It is the real thing with a Brazilian twist.“Bogotá" is the ... 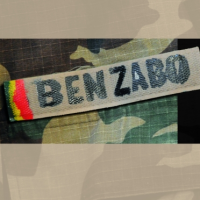 Ben ZaboBen ZaboGlitterhouse Records2012The extraordinary success of the musical Fela!, and the resurgence of interest in all things Fela Kuti, has made “Afrobeat" a popular buzzword among label publicists. The invocation is often fanciful; albums claiming to be Afrobeat releases regularly land at Afrobeat Diaries which have little, if anything, to do with the music.The latest such arrival is from the Malian group Ben Zabo. “Malian Afrobeat may be two ... 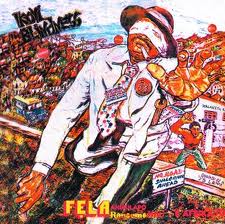 In an illuminating interview, artist and sleeve designer Ghariokwu Lemi talks to Afrobeat Diaries about his work and friendship with Fela Kuti. The interview attests to the indelible link between Lemi's designs and Kuti's music, and to a working relationship which, Lemi reveals, broke down only once, over 1977's Sorrow Tears And Blood. The interview is a follow-up to an earlier one given by Lemi to Afrobeat Diaries, The Art Of Afrobeat. Starting with 1974's Alagbon Close, ... 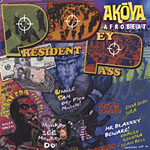 Ghariokwu Lemi--"born, bred and buttered" in Lagos, Nigeria, where he continues to live--is an artist and graphic designer who created 26 of Fela Kuti's album covers, including many of his most powerful ones. Since his Kuti debut, for 1974's Alagbon Close, Lemi's art has been an integral part of Afrobeat's Pan African message, working hand in hand with the music to identify injustice, educate, galvanize protest and bring about change. Among Lemi's other Africa 70, Afrika 70 ...