Recorder player, Tali Rubinstein, studied early music from the Baroque and Renaissance periods for many years, mostly as a teenager. The Israeli-American virtuoso learned under Bracha Kol, a recorder player and operatic vocalist based in Israel. If asked back then whether she was interested in playing jazz, Rubinstein would have looked at you with some interest but not-yet-formed dedication. Fate had another way. “When I was 20, I went to study classical music and math at Tel Aviv ...

Time has marched on since the eponymous debut of Phisqa, (Self-Produced, 2013), the band led by Peruvian drummer Cote Calmet. Then based in Dublin, Calmet placed the multinational quintet under wraps when his CEO Experiment—initially a trio, co-founded with Leopoldo Osio and Peter Erdei—started to take off. A promising debut recording, which also featured the great Irish tenor saxophonist Michael Buckley, and a memorable collaboration with Kurt Rosenwinkel, established the band as one of the front runners on the Dublin ...

Feed Your Head: The Sound Field and Lauren Murphy 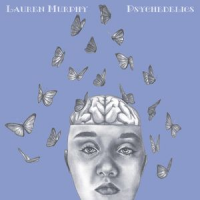 As one of three lead vocalists and four composers in Jefferson Airplane at its peak of creativity, Grace Slick may not always get the respect and recognition she deserves in the annals of contemporary rock and roll. But the woman was the most recognizable voice of the band and also its most significant songwriter, singing lead and writing one of the group's two biggest hits, “White Rabbit," while also bringing to the group its other most famous tune,"Somebody to Love," ...

The album is titled Elsewhere. It is the work of Japanese drummer Keisuke Kishi, who is based in New York. But where is elsewhere? Is it the western shore of Oahu, an area of stark landscapes and poverty, in relative isolation from the bustling tourism of Waikiki? Or is it Bagamoyo, Tanzania? The album's cover art features a photo from Bagamoyo. Kishi has spent time in both of these locales. Or is elsewhere East Village, New York City, Kishi's home ...

Here is yet another European trio whose name is an acronym, in this case, K for guitarist Edi Kohldorfer, U for bassist Frantisek Uhlir, H for drummer Jaromir Helesic, who when numbered together (or even singly) are Old Souls. Uhlir (70) and Helesic (73) are Czechs, while Kohldorfer (age unknown but has been around the block more than once) is Austrian. Their initial recording as a group consists of ten original compositions, five each by Kohldorfer and Uhlir.

Veteran bassist Martin Wind ushers in our 699th Episode of Neon Jazz. We also check in on a variety of musicians with 2021 releases including Marbin, Greg Abate, William Chernoff, Lage Lund, Matt DeMerritt and Tom Guarna. The show also looks back at some classic jazz that influenced modern music from cats like Slide Hampton, Kenny Burrell and Deodato. Enjoy the tasty jazz, my friends. Playlist Martin Wind “I Fall in Love Too Easily" Catch Me If You ...