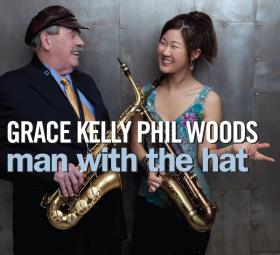 Jazz veteran Phil Woods carries the alto sax torch from Charlie Parker, following in the footsteps of Art Pepper, Cannonball Adderley and Lee Konitz. Now he bestows the honor on 18-year-old altoist/vocalist Grace Kelly, its light shining on Man With A Hat. Woods, 80, with over a half-century of playing, first met Kelly in 2006 when she was 14 and attending the Stanford Jazz Residency Program in California, where Woods was an instructor. He encouraged her and, ... 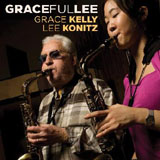 Most sixteen year old musicians are honing their chops in the high school marching and concert bands. Some of the luckier ones attend a school that has a jazz band where a beginner can get a taste of improvisation. Sixteen year old alto saxophonist Grace Kelly--a testament to joyful precocious talent and a killer support system--trades licks with the legendary Phil Woods and records a CD, GRACEfullLEE, with the iconic Lee Konitz.Kelly's previous CD, Every Road I Walked ...