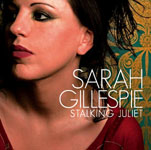 Stalking Juliet is the first album from Sarah Gillespie, a UK-based singer and songwriter. Musically and lyrically this record constantly surprises, challenges and rewards in equal measure.

Gillespie has written all of the album's 11 tracks--two of them in collaboration with producer and arranger Gilad Atzmon. The songs have strong melodies and in some cases seductive hooks, but this is not a light and frivolous take on the world. Gillespie gives no indication of self-pity or bitterness but many of ... 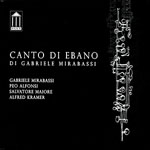 Mirabassi undoubtedly considers himself a jazz musician, at least in part, and formed ... 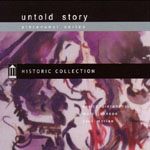 By my count, pianist Enrico Pieranunzi has, in the last couple of years, released no fewer than six records to critical acclaim ranging from ebullient to ecstatic: FelliniJazz (CamJazz, 2004), Les Amants (Egea, 2004), Special Encounter (CamJazz, 2005), Play Morricone (CamJazz, 2005), Live in Paris (Challenge, 2006), and Ballads (CamJazz, 2006). He even found the time to write a lovely book about his hero Bill Evans. Maybe some listeners find even this prodigious productivity to be insufficient. For their benefit, ...

The Italian jazz scene is currently experiencing a golden age, supported by the many fine records recently released by labels like Cam Jazz and EGEA. EGEA has perhaps been the most vociferous about defining a distinctive Italian identity on albums like saxophonist Pietro Tonolo's recent Italian Songs (2005) and pianist Enrico Pieranunzi's Les Amants (2004). L'Amico del Vento continues the label's commitment to music with a Mediterranean flair--and an ongoing interest in a chamber jazz aesthetic that combines improvisation with ...

In order to thrive as an independent jazz label, you've got to have a philosophy. It may be as broad as an overall aesthetic or as refined as a specific genre. Certain artists will draw fans to whatever label they're on--Keith Jarrett, for example, brings a lot of listeners to ECM. But to transcend individual musicians on a roster and engender a true brand loyalty that entices people to check out releases through trust in what the label is about--that ...

Jazz seems to be on the upswing in Italy these days. Artists including pianist Enrico Pieranunzi and clarinetist Gabriele Mirabassi are becoming almost ubiquitous, even to jazz fans in North America. And, while labels like CAM Jazz and EGEA are working hard to promote music from their own country, they're also providing a place for artists including Canadian ex-pat trumpeter Kenny Wheeler and British pianist John Taylor. CAM Jazz, in fact, released last year's wonderful Wheeler/Taylor duet record, Where Do ...

Maria Pia De Vito is bit of an enigma here in the US. She is well known in Italy and has performed throughout Europe. Vito possesses a rare combination of vocal prowess and adventuresome spirit. Her music is often experimental, yet grounded in traditional forms of harmony and melodic patterns. Like Norma Winstone and Theo Bleckman, she often forgoes lyrics altogether, using her voice as an ...