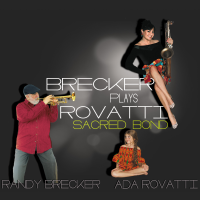 Jackie and Roy Krall, Louis Prima and Keely Smith, Marian and Jimmy McParland--all musically fruitful jazz marriages. The progression continues with Sacred Bond from trumpeter, Randy Brecker and saxophonist spouse Ada Rovatti. In some of the aforementioned cases, specifically Jackie and Roy, the duo are stylistically tied at the hip. Here, the respective styles of Brecker and Rovatti merge spectacularly--two stellar musicians who happen to be an item. The result? A superb performance. Rovatti, a technically outstanding ... 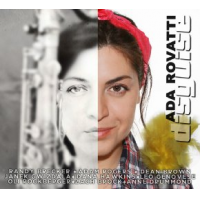 An initial spin of saxophonist Ada Rovatti's Disguise says she hasn't lost a step since 2009's The Green Factor (Piloo Records). There's still the judicious funk grooves, the tight arrangements, and catchy and distinctive melodies that make for an engaging and edifying listening experience. And she's still a wonderfully soulful saxophonist. These are quintet, quartet and sextet offerings. In small group jazz outings, there has to be something that sets the effort apart. With Rovatti--especially on Disguise--that “something" ... 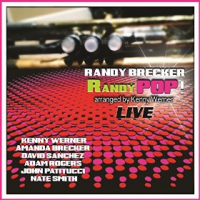 This album gives new meaning to the idea of rewriting history. Before trumpeter Randy Brecker had ascended to the top rung on the jazz ladder he was making his mark as a hired gun in studios and on stages. His horn can be heard on numerous classic recordings, including those of James Brown, Donald Fagen, Bruce Springsteen, Paul Simon, and, of course, Blood, Sweat & Tears. Now, just as Brecker is about to enter the septuagenarian club, he's taken an ... 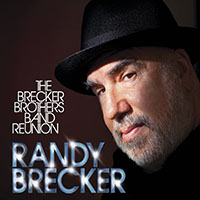 With the tragic passing of Michael Brecker in 2007 at the all-too-young age of 57, it seemed that the flagship group the Brecker Brothers, co-led by the saxophonist with his trumpet-wielding older brother Randy, was also to be a thing of the past. But some things never die; as it was, during the saxophonist's lifetime, the horn-led band that defined the term “downtown funk" and an edgy, urban sound that could only have come from New York City seemed to ...

Bartosz Hadala Group: The Runner Up

Bartosz Hadala is a name of which more people should be made aware. Based in Poland, he is a world-class pianist and a contemporary composer with serious jazz chops. His debut, The Runner Up--a winner in every way--finds him in superb company, with some top names in jazz. Ten solid, fresh compositions--all original tunes, with the exception of Dizzy Gillespie's “A Night In Tunisia"--feature excellent performances by all parties, most of the songs performed by a septet. Up front, the ... 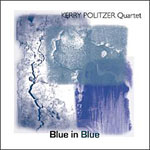 Two of the most enduring and popular ensemble set-ups in jazz are the piano trio--piano/bass/drums--and the piano trio, with a saxophone joining in. Pianist Kerry Politzer combines formats on Blue in Blue, with six tunes featuring her trio and four more with guest saxophonist Donny McCaslin.While You Took Me In (Polisonic Records, 2007) featured Politzer in a more pop-leaning mood, Blue in Blue finds her back in mainstream jazz land, sculpting a sound that mixes up piano influences ... 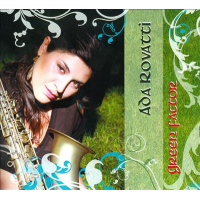 Italian-born Ada Rovatti possesses talent as both an ensemble player and a bandleader. Versed in several styles of music, the saxophonist brings an eclectic blend of Irish, Celtic, jazz, and a few other flavors to The Green Factor. A scholarship winner from the Berklee College of Music, Rovatti spent time living both in the United States and Italy. She has appeared in many festivals and has worked alongside such artists as Bob Mintzer, Don Alias, Mike Stern, ...