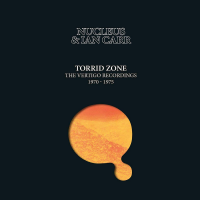 Cherry Red Records and its subsidiary labels excel in reissues; especially so with their occasional jazz-related box sets. Memorable examples include the 6-CD Jack Bruce collection, Can You Follow?, (Esoteric Recordings, 2008), Turtle Records--Pioneering British Jazz 1970-1971 (RPM, 2015) and most recently Gordon Beck—Jubilation! (Turtle Records, 2018). Now they've done it again with a painstakingly assembled reissue of the first six albums by trumpeter/composer Ian Carr and Nucleus, reflecting their Vertigo Records tenure. In common with other box sets, this ... 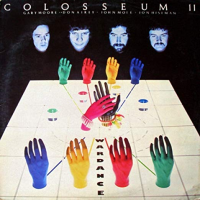 Colosseum was established in 1968, following drummer Jon Hiseman--who sadly passed away in 2018 --and saxophonist Dick Heckstall-Smith's affiliation with Graham Bond's Organisation, and John Mayall's now historic Bluesbreakers collective. As history dictates these bands became proving grounds for artists such as guitarists John McLaughlin (Graham Bond) and Eric Clapton (Bluesbreakers) amid others notables too numerous in scope to cite here. And a similar storyline could be attributed to Colosseum where many fine musicians, including keyboardist Dave Greenslade (Greenslade) and ... 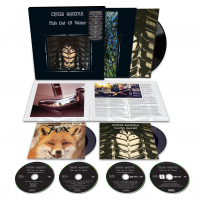 If ever there were an album that deserved the deluxe treatment, it would be Fish Out of Water (Atlantic, 1975), which would turn out to be (more or less) the only solo album ever released by Yes co-founder and electric bass trailblazer Chris Squire. There was a special remastered edition released in 2007 by Castle Music, but Esoteric Recordings' two-CD and, in particular, seven-disc Deluxe Edition multimedia edition well and truly trump that out of print edition, providing the kind ...

Where Fortune Smiles although customarily attributed to John McLaughlin is as much John Surman's record as it was the Mahavishnu's. But it's probably more accurate to describe it as a collective recording since all five musicians were equally matched players of international standing. The cover art actually depicts all five musicians' names and the title of the album in an egalitarian circular arrangement. The album was recorded at Apostolic Studios, New York in late May 1970, at a time when ... 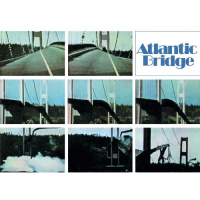 Pianist Mike McNaught already had form as an evangelist of pop-inspired jazz, as witnessed on his previous group The London Jazz Four's 1967 Polydor release Take A New Look At The Beatles. However, on this eponymously titled idiosyncratic marriage of jazz and pop, Atlantic Bridge has a stab at two Beatles numbers and three Jim Webb songs. There's also a final track penned by McNaught himself. Together, reedsman Jim Philip, who'd recorded with Michael Garrick and also the New Jazz ... 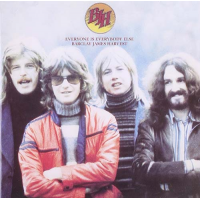 During the advent of progressive rock in the late 1960s through the 70s, bands like ELP, King Crimson and Yes were snagging most of the headlines while others enjoyed limited success or traversed the proverbial roller coaster ride with fleeting moments of fame and recognition. Thus, Barclay James Harvest was a solid entity, tracing its origins back to the 60s amid ensuing personnel changes and subsets of the core unit, surging into the early 2000s. However, Everyone is Everyone Else ... 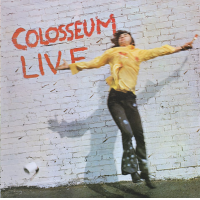 A remarkable feature of Colosseum Live was the inclusion of one of the more unusual numbers in the band's repertoire, namely Michael Gibbs's outstanding composition “Tanglewood '63." This was a brave piece for a six piece jazz rock band to tackle since the original version (aside from a version recorded by Gary Burton's quartet in 1982) was made by Gibbs for his second big band album for Deram in 1971. But Gibbs plus Colosseum members Jon Hiseman, Dick Heckstall-Smith and ...