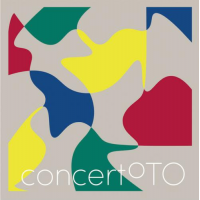 Recorded live at London's Café Oto, at a November 2012 concert that was the last of a short series of gigs in Austria and Britain, this CD plays for seventy-seven minutes, fitting as much of the concert onto a single disc as was possible. As Eddie Prévost says in his sleeve notes, it contains the most substantial parts of that memorable concert. Although not a regular or long-standing group, the stellar trio of drummer Prévost, pianist Marilyn Crispell and reeds ... 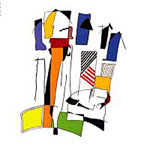 The amorphous unit that is AMM has been refining--and indeed redefining--a sound for as long as it's been in existence, and there's no reason to believe that the process this implies is likely to ever stop evolving. This does of course render John Butcher's presence here as perhaps anomalous, but there are no musical reasons to believe that this was the case in reality. The resulting trio--indeed the Trinity--of Butcher on tenor and soprano saxophones, pianist John Tilbury and percussionist ... 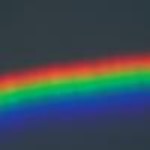 On Gamut, Seymour Wright is credited with alto sax and Eddie Prevost's percussive credit is roto toms. When it comes down to it however, those credits are mere points of reference as this is music purged of conventional technique, as if the duo has undergone a process of rigorous self-denial in order to find out what emerges as a result of it. Furthermore the five track titles are merely the letters of the single word title, as if any other ...

Here's an opposite of the sampler album. Three groups, two of them relatively ad hoc and one of long-standing, perform three freely improvised pieces and the results are a byword for how diverse that approach to music-making can be.

The quartet of Tom Chant, Ross Lambert, Sebastian Lexer and Matt Milton produce music that's unassumingly lithe and seemingly intrinsically aware of the interface between acoustic, electro-acoustic and electronic idioms. The negation of instrumental identity is of such an order that ...

Eddie Prevost & Alan Wilkinson: So Are We, So Are We 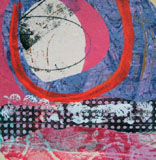 Percussionist Eddie Prevost has maintained a musical career for forty years now, and in that time he has worked the rich seam of free improvisation with single-minded authority. The temptation of comparing this duo with saxophonist Alan Wilkinson to Prevost's earlier work with the vastly underrated Lou Gare is great but to be resisted; not least because there's clearly a very different dynamic at work here.

That fact is testament to how expansive this music can be, and how deeply ... 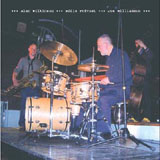 This is music as a language of ongoing discussion in the best sense. Recorded at the Freedom of the City Festival in London just over a year ago, the single thirtyfive minute piece captured for posterity here starts out with Wilkinson and Prevost renewing their dialogue. In a dialect more heated than that found on their other effort ('So Are We, So Are We' on the same label), it's still founded on a deep understanding of musical democracy. Wilkinson gets ...