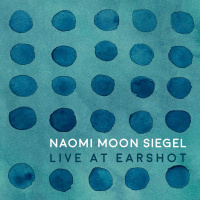 Trombonist and composer Naomi Moon Siegel burst onto the national scene through eight formative and enlightening years in Seattle. Steeped in the explorative jazz and improvised music scene there, she discovered her unique voice playing in projects such as Wayne Horvitz's Royal Room Collective Music Ensemble, and the folk/jazz duo Syrinx Effect with saxophonist Kate Olson. In 2016 she released her debut album Shoebox View (self produced, 2016), showcasing her compositional talents as well as a trombone style ... 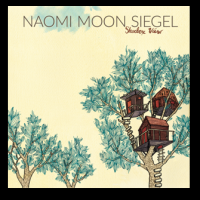 Seattle-based composer/trombonist Naomi Moon Siegel, is a member of Wayne Horvitz's Royal Room Collective Music Ensemble and has performed with fellow trombonists Julian Priester and Wycliffe Gordon, among others, while maintaining a steady presence in the Northwest music scene. Not so coincidentally, Horvitz' appearance on five of the ten tracks recalls some of the pianist's pastoral tone on Some Places Are Forever Afternoon (Songlines Recordings, 2015).Produced on Siegel's own Break Open Records label, the original compositions on Shoebox ...

Trombonist Naomi Moon Siegel represents the new breed of jazz artists, the ones who have to make it all happen themselves. In lieu of an established record label, the words “Self Produced" say it all. And while the ability and relative affordability of putting out a CD that is self funded--or fan direct funded--certainly eliminates a necessary culling process of artists who aren't quite ready to make this jump, Shoebox View, Siegel's marvelous debut, is one that the record companies ...