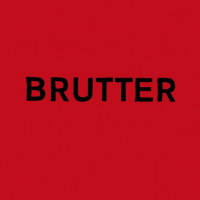 Brutter is an electronic duo featuring Norwegian brothers. Pianist Christian Wallumrød is known for his acoustic ensemble and the quartet Dans Les Arbres. Both groups released acclaimed albums on the ECM label. Drummer Fredrik Wallumrød is known primarily as a rock or metal musician. On Brutter, Christian abandons the piano and plays on drum machines, synthesizer and electronics while Fredrik adds further electronics to his sonic palette. They are joined on this recording by their sister, the vocalist Susanna Wallumrod. ...