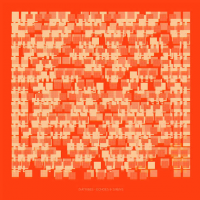 This four-track, forty-one-minute vinyl LP is the follow-up to Diatribes' 2015 Aussenraum LP, Great Stone/Blood Dunza, and completes a dub-influenced trilogy that began with Augustus (INSUB, 2013). Unlike those two albums which featured the basic duo version of Diatribes, on Echoes & Sirens Cyril Bondi and d'incise are joined by electric bassist Raphael Ortis and a horn section of alto and tenor saxophones, trumpet and trombone. As bass and horns were often key ingredients of classic dub, these added elements ... 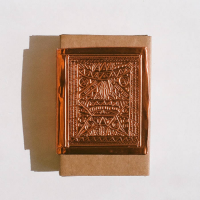 In the era of digital downloads and streaming, much publicity has been given to the revival in sales of vinyl records, both of new releases and reissues. However, all the noise surrounding that phenomenon has diverted attention away from another one--the resurgence of cassette tapes. Cassettes had their heyday in the 80's, after the introduction of the Sony Walkman which gave listeners previously undreamt of freedom. For the seven years from 1983 to 1990 they outsold other formats ... 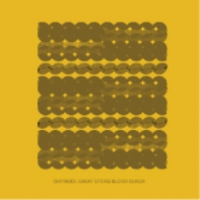 The duo Diatribes--d'incise (a.k.a. Laurent Peter) and Cyril Bondi--are the driving forces behind the INSUB label on which many of their recordings have been released, either as Diatribes or within other groupings. Great Stone / Blood Durza is not the duo's first release on a label other than INSUB, but it is noteworthy for other reasons; it is released on vinyl in an edition limited to 300 copies and it is explicitly making connections between Diatribes' electro-acoustic improvisation and the ...