Released just in time to make the Best Albums of 2020 lists, the Albanian-Swiss singer Elina Duni and the British guitarist Rob Luft's Lost Ships is an exquisitely beautiful, emotionally complex, words and music masterpiece from two of the most distinctive talents on the European scene. Passionate and grave, serene and desolate, it is a kind of sequel to Duni's acclaimed 2018 ECM debut, Partir. Partir explored the humanitarian crisis which was then (as now) sweeping across Europe ...

The British guitarist Rob Luft has already released one of the great albums of 2020 with Life Is The Dancer (Edition), which came out back in the spring. Now Luft notches up another 2020 highlight with the collaborative Lost Ships (ECM), jointly conceived and co-led with the Albanian-Swiss singer Elina Duni. By turns passionate and grave, serene and desolate, the album is a full spectrum words-and-music landmark release from two of the most distinctive talents on the European scene.

British guitarist Rob Luft's debut album, Riser (Edition, 2017), was greeted with huge acclaim. Some observers likened his arrival to the emergence of Wes Montgomery or Pat Metheny. The music world is used to hyperbole, but for once the praise is justified. For anyone yet to hear Luft, a useful yardstick is the pianist Bill Evans: Luft conjures up degrees of seraphic beauty akin to those created by Evans during his purple period with bassist Scott LaFaro and drummer Paul ... 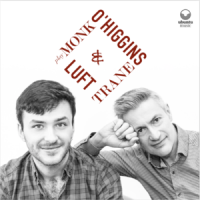 Hearing the young British guitarist Rob Luft for the first time on his debut album, Riser (Edition, 2017), was rather like hearing American guitarist Johnny Smith for the first time on Moonlight In Vermont (Roost, 1956). You knew you were listening to something special. And while much separates the players' styles, much unites them, too: Smith's signature was long-form chorded passages, Luft's is effervescent single-note runs, but both approaches are intensely melodic and are enabled by virtuosic techniques, lightly worn. ... 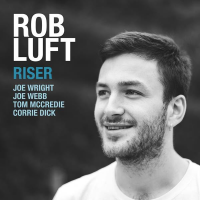 London-based guitarist Rob Luft, an alumnus of the National Youth Jazz Orchestra, reveals on tracks like the opener “Night Songs" a lightness and deftness of touch. There's also a trace of highlife West African influence too. But notably, Luft veers away from the more well-worn modern jazz guitar style, steadfastly avoiding the usual plethora of blues and jazz clichés. Nonetheless Luft intersperses his imaginative compositions with fast arpeggio runs a-plenty. The title track, even more so, offers a conglomeration of ...