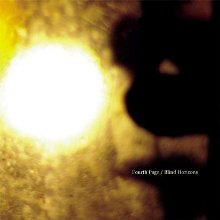 Blind Horizons is the second album of 2011 from Fourth Page, the rapid follow-up to its debut, Along the Weak Rope, released on Forwind in May. Fourth Page consists of vocalist and guitarist Charlie Beresford, pianist Carolyn Hume, bassist Peter Marsh and drummer Paul May. There are long-standing links between Hume, May and Marsh. May has been the pianist's drummer of choice for several years now, notably on their impressive series of duo albums on Leo dating back as far ... 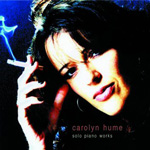 In the past, among other things, Hume's music has been described as “chill out. ...

The initial press release states that keyboardist Carolyn Hume and drummer Paul May are “two young improvisers” - and that’s about it. And while this somewhat laid back and mood evoking release titled, Zero might represent an unusual twist for the normally free-spirited and modern jazz/improv based “Leo Records” label, the musicians do indeed improvise yet most of these pieces seem structured or pre-planned. Perhaps the real hero here is drummer Paul May, thanks in part to his disciplined and ...