When 81 years old Buddy Guy walked from stage left to the the center stage microphone of the Sandler Center the audience was already on it's feet. That's how it's been for the past 50 plus years, whether sharing the stage with Eric Clapton, Jeff Beck, Jimi Hendrix and others or, like Tuesday night (August 22), just him backed by the Damn Right Blues Band. Guy came to have a good time and wanted to make sure everybody else did ... 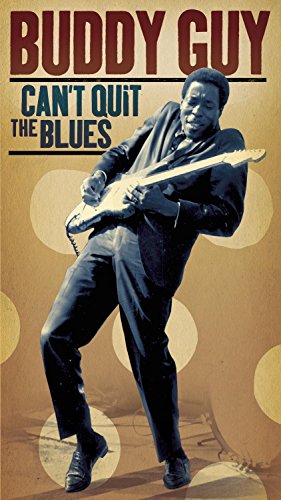 The absolutely splendid Buddy Guy box set Can't Quit the Blues is worth (re)visiting on a number of fronts, the most immediate of which is that this icon of the blues has once again elevated his contemporary profile opening for Jeff Beck on tour during the summer of 2016 . But El Becko is only one of Guy's most devout admirers: Keith Richards and Gary Clark Jr. span generations to offer props to him for fashioning the course of their ...

Buddy Guy with Matt Andersen at The Space at Westbury

Buddy Guy with Matt Andersen The Space at Westbury Westbury, NY November 18, 2014Buddy Guy is a national treasure. The blues titan is one of the last remaining links to the Chess Brothers, Muddy Waters, Howlin' Wolf, John Lee Hooker, Guitar Slim, Little Walter and Willie Dixon. Whether it is the Chicago blues (of his adopted hometown) or the down home blues of the Delta (where he grew up in Louisiana), Guy ...

Buddy Guy with Special Guest Quinn Sullivan NYCB Theatre at Westbury Westbury, NY October 3, 2013 Legendary Chicago guitarist Buddy Guy has seen and done it all. He is one of the greatest guitarists of his generation. The Louisiana-born, Guy was exposed to the blues at a young age, soaking up the guitar styles and influences of Lightnin' Hopkins, T-Bone Walker, B.B. King, Lightnin' Slim and John Lee Hooker. After relocating to ...

The Silvertone/Legacy release of this three-CD box set, with DVD documentary, follows blues legend Buddy Guy's career from his arrival in Chicago in 1957 up to the present day.

The soulful singer/guitarist pours emotion into his performances--track after track, night after night, year after year. His sound changes gradually over time, as the freedom handed to him by label owners and producers comes to him ...

Buddy Guy, in spite of his eagerness to constantly praise those who came before, is the most dynamic bluesman on the scene and has been for many years. He's a guitarist without peer in his idiom, drawing admiration from just about all corners of the rock and blues world, from Jimi Hendrix to Eric Clapton to Stevie Ray Vaughan.He's known for his scorching electric guitar, but when he switched gears, his all-acoustic Buddy Guy, Blues Singer album won a ...