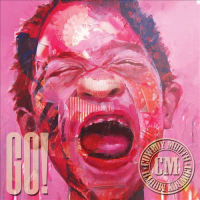 Cowboy Mouth drummer/lead vocalist Fred LeBlanc has been quoted as saying, “If the Neville Brothers and the Clash had a baby, it would be Cowboy Mouth." Fans have described a Cowboy Mouth performance as a Southern gospel revival sans the religion. In many ways for many of the band's fans, Cowboy Mouth is a religion. As anyone who has seen a Cowboy Mouth concert can attest, there is a lot of southern preacher in LeBlanc's stage banter. Cake Magazine once ...