The British newspaper The Times once nailed Abdullah Ibrahim's appeal thus: “There are few musicians in jazz who can make you feel that essentially all is right in the world." The late Erroll Garner is another pianist whose music could be similarly described. You might argue that Ibrahim's task is harder, because much of his work deals with painful issues, while the ebullient Garner mostly played feelgood material from the Great American Songbook. But Garner's palette brought its own challenges, ... 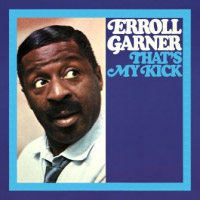 Great good luck, even in this news weary day, that Erroll Garner remains the personification of that mythical vaudeville buoyancy that can hold us in its sway, lifting us from all our daily unrest. We're fortunate to be in a time when we can re-explore, rediscover and perhaps even re-imagine Garner's continued impact and influence. Welcome, then, That's My Kick, the latest high-powered release from Mack Avenue Records' acclaimed twelve disc series: Erroll Garner Octave Remastered Series. And ...

In the history of recorded music, whether it be cave holler, rock, rap, jazz, country or take your pick, there are not a lot of albums that hold one's attention and imagination like the epic Concert By The Sea (Legacy, 2015). But somehow Erroll Garner's other live albums such as this one, the last released in his all too brief lifetime (Garner passed of cardiac arrest, aged 52), or the recently discovered, Nightconcert (Mack Avenue, 2018), in some inexplicable way, ...

Erroll Garner's sixth album on the Octave label would mark a pivotal moment in his career. Not only would Campus Concert be his final live recording, it would be the last to include bassist Eddie Calhoun and drummer Kelly Martin, who comprised his trio for almost a decade. It remains unclear why, after such remarkable success together, they would separate. The albums he recorded with these sidemen, especially Calhoun, who joined in time for Concert By The Sea (Columbia) in ...

Part 1 | Part 2 Most people's appreciation for Erroll Garner begins and ends with Concert By The Sea (Columbia, 1955), the pianist's career-defining performance for an audience of U.S. Infantrymen at the Sunset School in Carmel, California --coincidentally, just ten minutes away from the filming location of Play Misty For Me, Clint Eastwood's jazz-tinged thriller featuring “Misty," Garner's most famous composition. The sound of Garner's piano is arguably the most distinctive one in the instrument's history. While ... 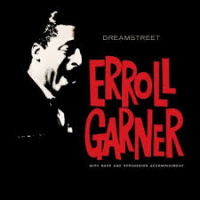 Part 1 | Part 2Most people's appreciation for Erroll Garner begins and ends with Concert By The Sea (Columbia, 1955), the pianist's career-defining performance for an audience of U.S. Infantrymen at the Sunset School in Carmel, California, just ten minutes away from the filming location of Clint Eastwood's jazz-tinged thriller featuring “Misty," his most famous composition. The sound of Garner's piano is arguably the most distinctive one in the instrument's history. While many musicians' influences are readily identified ... 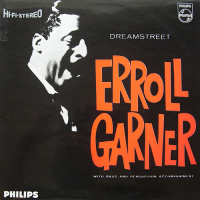 In 1958 jazz pianist Erroll Garner became embroiled in a bitter legal battle with Columbia Records over money and the fact that the company had released an album of his early work against his wishes. He cancelled his contract with the company and started recording instead for his own label, Octave, making up on lost income by tours of Europe. During the last 18 years of his career Garner recorded a total of 12 albums for Octave. ...