Charles Fambrough: A Friend Unlike Any Other, R.I.P.

For my dear friend Charles, my second Brother: Bassist Charles Fambrough, born in Philadelphia on August 25th, 1950 and known as “Broski," died on January 1st, 2011 at 5:00 p.m. with his daughter and wife at his side. Reportedly, he ever-so-gently squeezed their hands as he held them, and smiled. Then he was gone. When All About Jazz Publisher Michael Ricci asked me whether anybody was writing a tribute piece for Charles, a robust, world-acclaimed bassist, ...

[ed. note: We're celebrating the life and music of bassist Charles Fambrough who passed away on January 1, 2011. This interview with Kimberly Barry was conducted in April 1996.] In his thirty-year career, bassist, bandleader and composer Charles Fambrough has played with McCoy Tyner, Grover Washington, Jr., Art Blakey, Flora Purim and Airto, the Fort Apache Band, and Egberto Gismonti, among others. He is a prolific composer whose songs have been recorded by the Jazz ...

Charles Fambrough at the Michener Museum

The Michener Museum in Doylestown celebrated the 10th anniversary of its ongoing jazz series with a performance by bassist Charles Fambrough and his quartet on April 29, 2006. 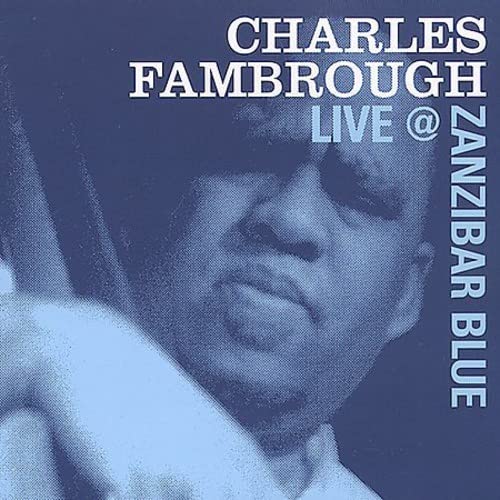 First, a few words about the venue... Zanzibar Blue is located in the Bellevue at the corner of Broad and Walnut Streets in Center City Philadelphia. It is one of the three or four really great jazz clubs in a city full of great jazz haunts. The Blue is a dark and elegant room with superb acoustics and a grade A bar and kitchen. No Chicken Shack is the Zanzibar Blue. The Blue headlines the top ...

This album has got to be the find of the year by my good friend and fellow soul mate MaryJo Rathbun who is the Traffic Manager at the leading Smooth Jazz station in Providence, USA, namely WKCD 107.7 FM. This is one of the stunning albums which appear out of thin air every once and a while à la Urban Knights or Daniel Ho and Kileaue's ' Tropical Pleasures ' sets.

The list of stars is impressive for an artists ...