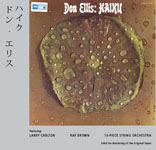 One of the more tragic casualties of the 1970s was Don Ellis. Emerging from the big bands of Maynard Ferguson, Charlie Barnet, and Ray McKinley, the trumpeter began releasing albums under his own name in the early 1960s, distanced from his mentors' more mainstream big band sound. Beginning in small ensembles with free-thinking players such as pianist Paul Bley and bassist Gary Peacock, Ellis proved himself a more experimental instrumentalist, a quality he carried over to a return to larger ...

Known for his use of unusual meters and remarkable innovations, trumpeter Don Ellis gave the world plenty to think about. If it could be done in the manner that he prescribed, then there was no limit to what other bands could do either. We listened, we accepted, and we learned that we, too, could invent.

Ellis gave us the inspiration that we needed at a time when jazz was undergoing radical changes. These two albums represent both the ...

A very interesting character, trumpeter and bandleader Don Ellis is probably best known for the big bands he led in the late '60s, which served as a vehicle for his experiments with electronics and unusual time signatures. Albums such as Electric Bath and Live in 3 2/3/4 Time are brimming with the excitement of an era that was filled with rebellion and a quest for individuality. In his own way then, Ellis brought a new outlook to the big band ...

Originally released in 1962 on Pacific Jazz as P-55, this reissue has been a long time coming. It reveals the kernel of Don Ellis that later blossomed into a broad-based big bandleader who straddled the fence between mainstream jazz and free jazz. His intellectually complex compositions have always knocked the socks off listeners and performers alike.

Ellis wrote “Ostinato" in 1957 for the Seventh Army Jazz II orchestra in Germany. Its opening 7/8 meter, followed by simultaneous 5/8 ... 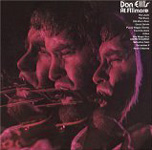 What a memorable album. I guess I grew up on this one. That was back when my hair still had color, my knees both worked quite well, and I still had that “fresh out of college" attitude that took me off in many directions at once.

Don Ellis takes you off on a whirlwind ride, using electronic trumpet, complex meters, superb big band arrangements, and a cast of experienced sidemen who blow the walls down. Lest you've forgotten ...

Recorded at San Francisco's Basin Street West in 1971, Tears of Joy marked a subtle change in the Don Ellis big band. The trumpeter was gradually drifting toward popular music, and he was beginning to use the new electronic technology to its best advantage. However, he continued to load each arrangement with the kinds of musical features that have always left their unique stamp on his undertakings. Ellis and his other soloists stretch out with virtuosity while complex rhythms and ... 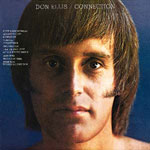 In the early 1970s, Don Ellis reshaped his big band, dropping the three acoustic basses and substituted one Fender bass. His guitarist added echoplex effects and wah-wah sensations, taking the group away from its straight-ahead big band sound and plunging it into the electronic decade. The band got connected to pop culture.

Ellis made a few changes from the standpoint of his trumpet leadership, too. His bright post bop technique, with its fluid syncopation, continued to lead with ...