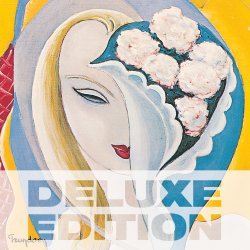 Derek & The Dominos' Layla and Other Assorted Love Songs: The 40th Anniversary Deluxe Edition is a valiant attempt to compile a definitive version of Eric Clapton's finest work. The package of two CDs collects studio rarities from early and late in the band's career, as well as previously unreleased television performances, remastered in punchy clarity. If this 2011 package is not truly all- encompassing, that's in part because such brilliant pieces of work resist redefinition, except as they occur ...

Derek & The Dominos: Live at the Fillmore 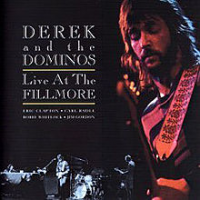 Eric Clapton and Miles Davis have in common their involvement with several “super groups" that changed the way we heard music at the same time illuminated accompanying musicians who would go on and make names of their own. The Yardbirds, John Mayall's Bluesbreakers, Cream, The Blind Faith, Delaney & Bonnie & Friends, and, finally, Derek and the Dominoes were all historic assemblies in which Eric Clapton took a major part. Each of these bands fundamentally transformed the blues-rock axis and, ...