Pianist Jacques Demierre's 2019 must be judged a success because of the release of Willisau (Jazzwerkstatt, 2019) by his new quartet—alongside trio members Urs Leimgruber and Barre Phillips plus new member Thomas Lehn—as well as his first duo album Incunabulum (Herbal Records, 2019) with Hans Koch. By comparison, his solo recording The Well-Measured Piano rather slipped under the radar—a pity as, in its way, it is as innovative and noteworthy as Willisau and Incunabulum. Recorded between February and July 2017 ... 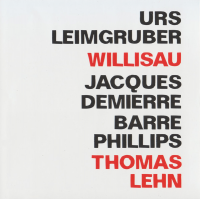 The LDP trio (shorthand for Swiss saxophonist Urs Leimgruber, Swiss pianist Jacques Demierre and American-born bassist Barre Phillips) first came together when they recorded Wing Vane (Les Disques Victo, 2001) which was followed-up with LDP—Cologne (Psi, 2005), an early use of the trio's abbreviated name. Subsequent LDP releases have come every three or four years, all on the Jazzwerkstatt label, with Willisau being the fourth of them, but the first to feature a guest player alongside the core trio. LDP's ...

The many sides of pianist Jacques Demierre: solo, duo and trio 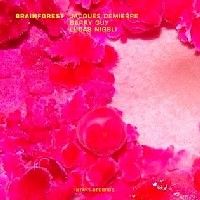 Swiss pianist Jacques Demierre (born Geneva, 1954) works in jazz, improvised music, contemporary music and sound installations, as well as composing for concerts, theater and dance. If all that was not enough, he is also a freelance music writer, writing for Contrechamps, which focuses on twentieth century music. For a musician of his stature, Demierre has a comparatively small discography, increased somewhat by the first two releases below from 2008. Discussion of Demierre's role in two trio releases is also ...