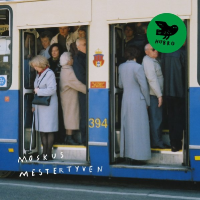 The Norwegian piano trio Moskus--pianist Anja Lauvdal, double bassist Fredrik Luhr Dietrichson and drummer Hans Hulbækmo-- decided to change its course on its sophomore release Mestertyven (Master Thief in Norwegian}. The trio's debut album Salmesykkel (Hubro, 2012) was recorded in the prestigious Atlantis Grammofon Studio in Stockholm while Mestertyven was recorded in the 17th century wooden Risør Kirke (church of the Holy Spirit), a venue for a summer chamber music festival. The grand piano was exchanged for an upright one ... 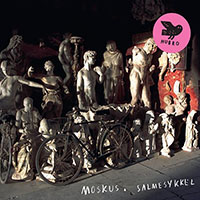 For a country isolated in the north of Europe, Norway has experienced a surprising number of musical waves. The first came in the early '70s, when producer Manfred Eicher and his fledgling ECM Records label brought the Scandinavian “big five"--Swedish pianist Bobo Stenson and, from Norway, saxophonist Jan Garbarek, guitarist Terje Rypdal, bassist Arild Andersen and drummer Jon Christensen--to international acclaim. The second wave, at least internationally speaking, came in 1997-98, when artists like keyboardists Bugge Wesseltoft, Ståle Storløkken and ...