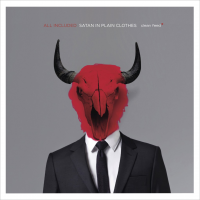 Cooperative five piece All Included goes from strength to strength on Satan In Plain Clothes, building on the already considerable charms of their debut Reincarnation Of A Free Bird (Stone Floor, 2012). Connections abound in the unchanged line up which reflects the burgeoning, almost incestuous, Scandinavian scene. Check out the overlaps in personnel among groups such as Exploding Customer, Angles, Universal Indians, Friends & Neighbours, Cortex, and drummer Paal Nilssen-Love's Large Unit, and you'll see for yourself. Like all those ... 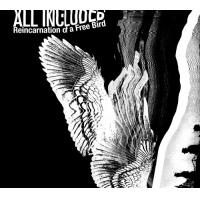 The title of All Included's debut refers to one of immortal compositions of bassist Charles Mingus, “Reincarnation of a Lovebird." Following Mingus' legacy, this Swedish-Norwegian quintet's music is based on the American, politically committed, fiery free jazz that originated in the sixties; still, it is unmistakably contemporary. All compositions are well-crafted, wisely arranged and performed passionately. The strength of this quintet is based on prior collaborations of its musicians. Prolific Swedish saxophonist Martin Küchen towers as the ...