Scottish National Jazz Orchestra: In the Spirit of Duke

It had long been saxophonist Tommy Smith's dream to perform and record a live concert of music written by or associated with the great Duke Ellington. As leader of the acclaimed Scottish National Jazz Orchestra, Smith set about making that dream come true, and in October 2012 it happened, as an enthusiastic audience saw and heard a stellar performance In the Spirit of Duke by Smith and the SNJO, one that those who weren't lucky enough to be present that ... 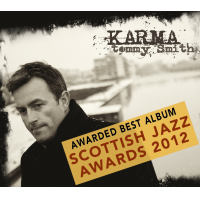 Tommy Smith is on a roll. Not that he's been on anything but for the last several years, with a string of superb albums, each as different as they are consistent in demonstrating the saxophonist's ongoing ascension as a player, writer and bandleader. But that's not all. Since returning to Scotland after graduating from Boston's Berklee College of Music in the 1980s and kick-starting his career with a series of albums on Blue Note, Smith has literally reinvented Scotland's jazz ... 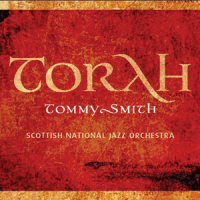 Since returning home after schooling at Berklee College of Music, vibraphonist Gary Burton's final ECM quintet and Whiz Kids (1987), and four Blue Note discs as a leader, Tommy Smith has virtually single-handedly placed his native country on the jazz map with his Scottish National Jazz Orchestra (SNJO). He's also become a powerful advocate on the educational/mentoring front, leading the Tommy Smith Youth Jazz Orchestra and, with Exploration (Spartacus, 2007), demonstrating that it's possible to encourage mature performances from a ... 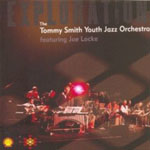 At a time when the oral jazz tradition is in increasing jeopardy, you've got to admire Tommy Smith. Berklee schooled in the 1980s, the Scottish saxophonist had a promising career in the United States. He was a member of Gary Burton's mid-1980s quintet, with the vibraphonist producing Step by Step--the first of four records Smith released on Blue Note between 1988 and 1992--featuring an all star line-up including John Scofield, Eddie Gomez and Jack DeJohnette. But after a few years ...

You have to respect an artist who turns his back on the possibility of significant US exposure and returns home to his country of origin instead to give back some of what he received growing up. Scottish saxophonist Tommy Smith spent a decade in the US, studying at Boston's Berklee School of Music in the early '80s, joining Gary Burton's quintet for Whiz Kids (the vibraphonist's final ECM date), and recording a series of albums for Blue Note from '88 ... 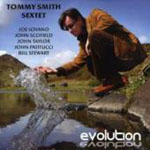 A member of vibraphonist Joe Locke's widely-acclaimed Four Walls of Freedom, Scottish saxophonist Tommy Smith is finally beginning to crack a broader international market. The surprise is that it's taken this long. Since returning home from the States in the late '80s, Smith has become something of a cottage industry in the UK, creating the Scottish National Jazz Orchestra, whose purview ranges from repertory classics from the likes of Charles Mingus, Count Basie and Miles Davis, to more contemporary fare ...

In some instances, the pairing of Smith and Scofield does indeed rekindle thoughts of the guitarist’s now legendary early 90’s teaming with tenor sax icon Joe ...