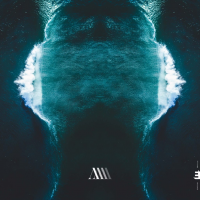 Well, some months are packed too full of these goodies to cover in batches of three. We can only hang on and try to keep up. Aki Rissanen Art in Motion Edition Records 2019 Past, present and future don't collide but smash together in one happy jumble through this trio's splendid third outing. The stately refinement of European classical and folk music, the mantric minimalism of Nik Bärtsch and the modern ... 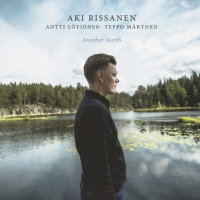 Following on from 2016's Amorandom, Finnish pianist Aki Rissanen has produced yet another satisfying album. Born in 1980 he has already released nine albums as leader or co-leader. Rissanen studied classical piano at Finland's Kuopio Conservatory from 1990-2000 and then jazz music at Helsinki Polytechnic School and in 2009 gained a Master's degree in jazz piano and composition from the Sibelius Academy Jazz Department, also in Helsinki. He also studied improvised music at Conservatoire National Superieur de Musique in Paris. ...

The Aki Rissanen Trio Louhi Club April Jazz Espoo, Finland April 4, 2016 Espoo in southern Finland is nominally a city, having its own emblem, transportation system and council though for most people in the vicinity of Helsinki it's merely a close suburb of the metropolis. However every spring it comes into its own hosting the April Jazz festival mainly in the Tapiola Gardens area, heralding the start of the yearly Finnish festival music ... 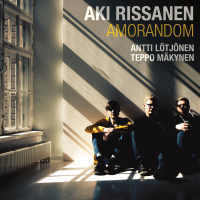 In a world of piano trios, a point of difference is simply essential. This particular trio, hailing from Finland and led by pianist Aki Rissanen, makes that difference clear from the outset. The key to this, and in addition to each of the musicians' individual talents, is the group's ability to change mood subtly and kaleidoscopically. It's also hardly surprising that this is a successful album considering the fact that this same trio comprised the rhythm section on Verneri Pohjola's ...

Aleatoric and Imperial Quartet in Helsinki

Aleatoric and Imperial Quartet Kanneltalo Helsinki, Finland March 12, 2015 For anyone who has come to jazz, as I, via the cross-national recombinations that pop up regularly throughout the European continent this combined gathering of Finnish, French and Belgian musicians on the same bill in jny: Helsinki was nothing less than a glorious rout. Thanks to the mix of benefactors, involving both foreign embassies and the Finnish Jazz Federation, the bill featured two very different ...