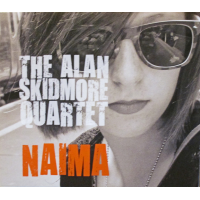 Saxophonist Alan Skidmore has worked in many, many different settings during a career that stretches back to the early sixties with Alexis Korner--one of the three 'Fathers of British Blues" (paternity disputed!). That career has included recordings with John Mayall and Eric Clapton, Georgie Fame, Sonny Boy Williamson, Stan Tracey, Mike Westbrook, Mike Gibbs, the Walker Brothers, Van Morrison, Colin Towns, John Surman, Harry Beckett, George Gruntz, Norma Winstone and Kate Bush. It's an astonishing track record by any standards. ... 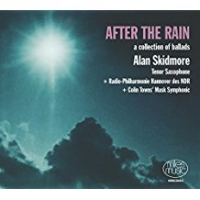 In 1998, with After The Rain British saxophonist Alan Skidmore got to achieve a lifetime ambition to record this beautiful 'jazz with strings' album. Out of print for some time, its reissue is well overdue. It was once a cliché in the jazz world amongst critics that records such as this represented a descent into the depths of middle-brow hell. The one exception, they would allow was Stan Getz' Focus with Eddie Sauter's gorgeously Bartokian string arrangements. Like most critical ... 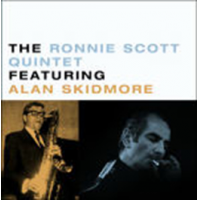 According to Philip Larkin, poet and jazz fan, sexual intercourse began in 1963 “Between the end of the 'Chatterley' ban and the Beatles' first LP." Many other commentators suggest that the British jazz scene died at about the same time, steamrollered out of the way by the emerging behemoth that was the British Beat Boom. It didn't die. As The Ronnie Scott Quintet Featuring Alan Skidmore proves, players like Alan Skidmore and his fellow tenor saxophonist Ronnie Scott had plenty ... 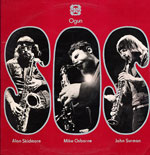 It is wonderful to have this album available for the first time on CD--and scary to realise that it was recorded and released in 1975! It is worth dwelling for a moment on how the (jazz) world has changed in the intervening years. In 1975, the idea of an all-saxophone group was unheard of; the countless legions of saxophone quartets, now two-a-penny, all lay in the future.

It was noteworthy, and commented on by reviewers at the time, that SOS ...