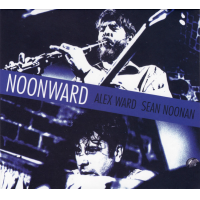 Having released his first album back in 1991--recorded when he was fifteen--clarinetist, saxophonist, guitarist, composer, improviser and band leader Alex Ward has kept up a steady and eclectic stream of releases ever since, averaging five a year since 2018. Among other things, he plays guitar, sings and co-writes the material in the duo Dead Days Beyond Help with drummer Jem Doulton, leads the bands Forebrace, Items 4 & 10, the Alex Ward Quintet and Sextet. Despite such productivity, Ward manages ... 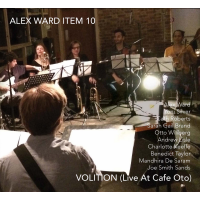 Although he was already a member of a lengthy list of ensembles, led by himself or others, when composer, improviser, clarinetist and guitarist Alex Ward put together his Item 10 band he had new ideas in mind; the ten musicians would be a pool from which ensembles of various sizes could be drawn for different musical ends. In choosing the personnel of past groups Ward has shown an excellent knowledge of the players at his disposal from different backgrounds and ... 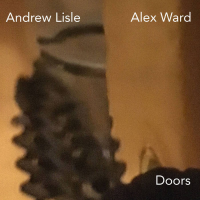 The pairing of clarinetist-guitarist Alex Ward and drummer Andrew Lisle dates back at least to 2014 when the pair recorded the album Red Kite (Raw Tonk, 2014) in a trio with saxophonist Colin Webster. As Ward is kept busy as a member of quite a few other groupings of various sizes, it is no surprise that Doors is their first duo release. Recorded on two separate days in August and September 2016, the album consists of four tracks of similar ... 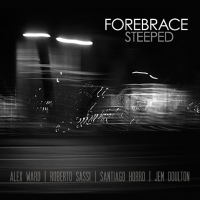 Steeped is the second album release from Forebrace, the welcome follow-up to Bad Folds (Copecod, 2013). For those who delighted in that album, the good news is that the quartet's line-up remains unchanged, and the balance between composed and improvised music is as before--composed pieces credited to Forebrace's leader and clarinetist, Alex Ward, alternating with improvisations credited to the whole group. The big difference between Steeped and its predecessor is that this album was recorded live in concert (at Cafe ...

This release follows so hard on the heels of Glass Shelves and Floor (Copepod, 2015) by Alex Ward Quintet that it is tempting to see the two as a matched pair. Released on Ward's own Copepod label, the two have consecutive serial numbers and very similar sleeve designs and graphics. Each of the albums is titled after the Ward compositions it features. Where the previous album contained two readings--one studio-recorded, one live--of its title piece by the same quintet, the ... 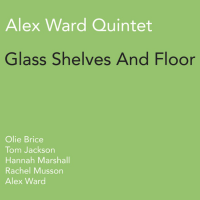 From the personnel of his new quintet, it is obvious that clarinetist Alex Ward keeps his finger on the pulse of the London music scene. In selecting players to join him, he has hit upon four highly-rated musicians who have been impressing audiences in the capital for some years. The quintet's cellist Hannah Marshall is a long-standing member of London Improvisers Orchestra as well as such fine groups as Barrel, Haste, Trio of Uncertainty and a trio with the quintet's ... 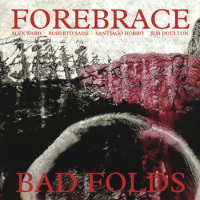 Largely because of his contrasting instruments, there have long been two sides to clarinetist and guitarist Alex Ward. But it goes further than the differences between his chosen instruments, for Ward straddles other important divides including those between composition and improvisation, between electric and acoustic, and between rock music and--for want of a better word--jazz. As well as many fine duos, Ward has been a member of a diverse selection of bands including Camp Blackfoot, Pocket, SFQ, Limescale, the Duck ...