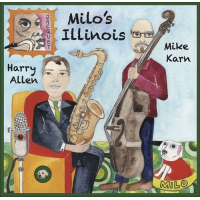 "We baked all our own bread." Daniel Defoe, A Journal of the Plague Year The COVID pandemic has changed many things about daily life, creating something of a new, mutated “normal." This is no more apparent than in many of the “outside-the-box" methods that performance artists have used to subsist and ply their trade during a virtual lockdown. In particular, tenor saxophonist Harry Allen took the pandemic head on by cutting a European tour short in March ... 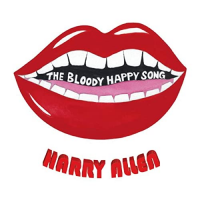 The COVID-19 pandemic has given rise to any number of keen improvisations, each manifesting from the necessity of having to “quarantine in place." Tenor saxophonist Harry Allen, the “Frank Sinatra" of his instrument, thinks way outside the box--recording within the friendly confines of his own living room, while under health crisis house arrest. Good for you, Harry Allen. Thank you. Here are his impressive results. Harry Allen The Bloody Happy Song GAC Records 2020 ...

Harry Allen with Rossano Sportiello The Jazz Corner Hilton Head Island, SCJanuary 10-11, 2019 At a certain point in a musician's career the shorthand of describing them as influenced by, or sounding like, this or that great player from the past becomes redundant--Harry Allen sounds like Harry Allen. His technique is as close to perfect as a swing tenor saxophone can get. Clear and clean, minimal and traditional, Allen plays mellow in the ...

Rebecca Kilgore with the Harry Allen Quartet at the Jazz Showcase

Rebecca Kigore with the Harry Allen Quartet Jazz Showcase Chicago, IL September 8, 2019 September 8th 2019 was the final night of tenor saxophonist Harry Allen and vocalist Rebecca Kilgore's four-day tenure at Chicago's historic Jazz Showcase. Despite it being a Sunday evening, the place accommodated a relatively large and attentive audience. The set started off with Allen stretching out on a few standards and on his own brand new ...

At times, there is something to be said for glancing backward while moving forward, for saluting the past while embracing the present. In 1973, the Carpenters recorded another in a long series of hit songs, “Yesterday Once More," which noted how the past often parallels the present. Sometimes revisiting bygone days is a good thing; at other times, not so much. On his new album The Candy Men, tenor saxophonist Harry Allen delves even further into the murkiness of time ...