For more than a decade, Mars Williams has been making (to borrow a phrase) Christmas music great again. He does so by exchanging the saccharine for the sublime, intersecting holiday classics with the music of Albert Ayler. Born out of his Chicago Ayler repertory band which can be heard on Witches And Devils At The Empty Bottle</em> (Knitting Factory Records, 2000), Williams applied the Gospel and spiritual nature of Ayler's methodology to Xmas music. While the eponymously titled first volume ... 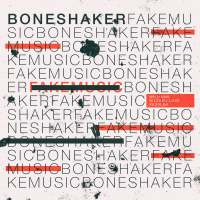 The trio of saxophonist Mars Williams, bassist Kent Kessler and drummer Paal Nilssen-Love have taken the fitting name Boneshaker--a word coined to describe the early velocipede, what we today the bicycle. The moniker was appropriate because the bike's wheels (before the use of rubber tires) were made of wood, making the ride extremely uncomfortable. So why ride this instrument of torture? Because the pain always generated pleasure when you hit a smooth piece of tarmac and felt the sun on ... 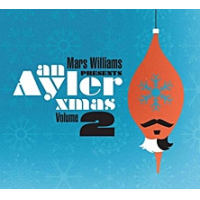 Recently, a major motion picture studio remade the 1967 animation classic How the Grinch Stole Christmas!, starring the voice of Boris Karloff. You might remember the animated cartoon was based on the book of the same name by Dr. Seuss. The 21st century's computer-animation is an abomination, an insult to our childhood innocence, just as the Jim Carrey film from 2000 was. Now, before you take up arms or plan an Occupy Wall Street demonstration, I'm here to tell you ...