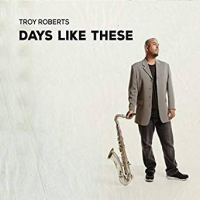 Days like these, when you have the opportunity to hear Troy Roberts fronting an all-star organ group, are pretty nice. Roberts--one of the most underappreciated tenor saxophonists on the scene, a mainstay in organ kingpin Joey DeFrancesco's band and an erstwhile sideman for drummer Jeff &#147;Tain" Watts--shows a particular affinity for this format. A complete artist with a muscular yet fluid sound, soulful bearing and unerringly sensitive ears, it's like he was made for this music. Bringing ... 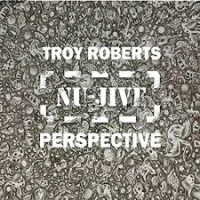 Though still a pup age-wise, Australian-born saxophonist Troy Roberts has two Grammy nominations under his belt and has shared the stage and studio with luminaries that have defined the musical spectrum, including Aretha Franklin, Van Morrison, Joey DeFrancesco, Christian McBride, Orrin Evans, and Dee Dee Bridgewater. Nu-Jive Perspective, his eighth disc as leader and third with this globally boisterous quintet, is a youthful romp through all the sounds of New York's neighborhoods. Hovering in that cool zone between ... 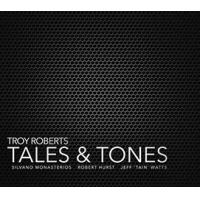 Troy Roberts is a saxophonist from Australia who has made his way in America working with the likes of Christian McBride, Jeff &#147;Tain" Watts and Joey DeFrancesco. On this CD he demonstrates a forceful saxophone sound married to original ideas in rhythm and tempo.Roberts' plays deep, swooping sax mostly over tricky, pounding beats set up by Watts. The drummer pushes a sprightly version of “Take The 'A' Train along with relaxed hip hop beats before Roberts lays into ...

Saxophonist and composer Troy Roberts continues to present music that retains a distinctive strength and originality, still vastly rooted in tradition, while firmly grounded in new perspectives. Hailing from the remote location of Perth, West Australia, Roberts has received numerous awards including 3 consecutive DownBeat Jazz Soloist Awards, a Grammy Nomination medal, and was the only Australian semi-finalist in the 2008 Thelonious Monk International Jazz Saxophone Competition. Graduating with a Bachelor of Music at the young age of 19, he ...