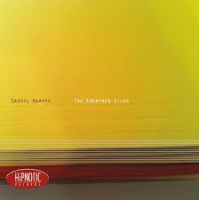 Clarinetist Darryl Harper has five previous recordings to his credit (all released on HipNOTIC) and has had precious little coverage at All About Jazz. A longtime member of violinist Regina Carter's band, Harper has been chipping away at the edges of hard bop and post-bop since his 2001 recording, The Onus: Recurring Dream. At first blush, Harper might appear as a free jazz or avant-garde advocate in the mold of Jimmy Giuffre but, while those elements are present, Harper has ...