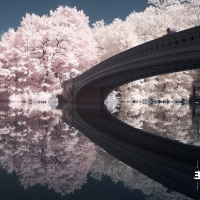 For a quarter of a century, Liam Noble has been an essential participant in the British jazz scene. Educated in music at Oxford University and jazz at London's Guildhall School of Music and Drama, Noble released his first solo album Close Your Eyes (FMR Records) in 1994. Since then he's played in bands led by Stan Sulzmann, Anita Wardell, John Stevens, Harry Beckett, Tim Whitehead and was a member of Bobby Wellins' groups. He's also been involved in the improvisation ... 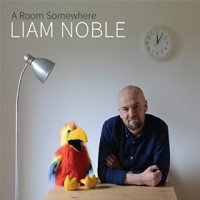 A Room Somewhere is Liam Noble's second solo album: a mix of standards and improvised pieces that showcases this fine pianist's talents to excellent effect. Occasionally, critics refer to second albums as “difficult." The assumption is that the first album draws inspiration from 20 years of the artist's life, the second draws on one or two years at best. Noble avoids that difficulty by leaving a 20-year gap between his debut solo recording, Close Your Eyes (FMR REcords, ... 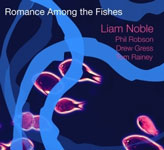 In his informative album notes to this invigorating recording, British pianist Liam Noble writes that he wanted to create a music in which he and his collaborator, guitarist Phil Robson, interacted as two equal voices rather than as soloist and accompanist. He wanted flexible, organic, mutating rhythmic ideas to underlie the lead players, which is precisely what bassist Drew Gress and drummer Tom Rainey provide. Romance Among The Fishes is the very rewarding result.

If some of the commentary in the jazz press is to be believed, it can only be a matter of time before European jazz musicians sail up the Potomac to burn Washington again. Jazz in America, so the thesis goes, is dead. The baton has been passed to Europe.

Such ideas would presumably be quite puzzling to the musicians on Romance Among the Fishes. This group, under the leadership of British pianist Liam Noble, was put together for a performance ...

Liam Noble Group: In The Meantime

Liam Noble studied music at Oxford University, and after his postgraduate course at the Guildhall, he became the pianist for Stan Sulzmann. Noble was recommended by John Taylor, who had played with Sulzmann, who had played with Kenny Wheeler, who had played with Taylor. Noble then went on to join forces with Wheeler as well as with Lol Coxhill and John Stevens. All of this should stand in testimony to his skills as a pianist. That quality is underlined on ...