Musician, producer and director of his own music school, Ximo Tebar stands out as the main jazz figure in Valencia, Spain. His music and talent, however, have also given him an international stature as an excellent guitarist and composer. His frequent collaborations with some of the finest musicians in the jazz scene, the stylistic variety of his recording and his admirable work capacity make Tebar an artist worth following. His recordings can be divided in two categories: ...

Celebrating Erik Satie represents a creative and stimulating selection of jazz arrangements and improvisations. Ximo Tebar is a respected guitarist and creative force from Spain who has taken the compositions of the eccentric, irascible, and innovative French composer and transmuted them into jazz ensemble performances. Tebar shakes things up while retaining enough straight-ahead jazz to appeal to the masses; it's no accident that “En Habit de Cheval" possesses a clear reference to John Coltrane's magnum opus, A Love Supreme (Impulse!, ... 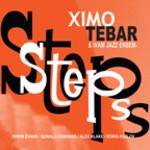 Steps, by guitarist extraordinaire Ximo Tebar, may be his most deceptive yet. At first blush, it appears to channel the funky grooves of latter-day Miles Davis and Marcus Miller. But then, with complex melodic invention and accelerated rhythmic accentuation it soon becomes evident that this music embodies an ebullient sound of surprise. If anything, Tebar channels a star-bright sound with a touch of barely discernable, molten duende and the speed of John McLaughlin, in a sinewy, self-assured elegance that makes ... 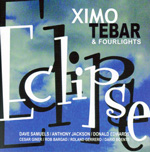 His excursions into pop (or Mediterranean Son, as Tebar himself has described it) have raised more than a few critical eyebrows, but genres aside, the constant in all of his records is his stylish ... 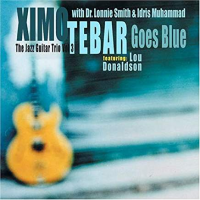