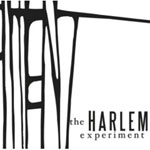 Volume three in Ropeadope's Experiment series follows similar musical experiments that represent Philadelphia (2001) and Detroit (2003). “We look to Harlem as ground zero for all that is modern day 'American' music," explains co-producer (and Ropeadope founder) Andy Hurwitz. “Whether you call it jazz, R&B, hip-hop or rock, all of it passed through the neighborhood's gates."