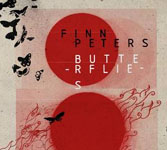 After the best part of a decade immersed in dance, hip hop, Afro-Cuban, electronica and contemporary classical musics, flautist and saxophonist Finn Peters returned to his jazz roots with Su-Ling (Babel, 2006). An album made instantly engaging by its lyricism and rainbow of non-European musical influences, but which revealed its full beauty only after repeated listenings, Su-Ling, with the benefit of hindsight, stands as a quietly adventurous milestone in British jazz.

With Butterflies--featuring at its core the same ... 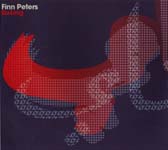 On Su-Ling, his acoustic band's debut album, F-IRE Collective founding member Finn Peters is thinking big. The scope of stylistic influences is broad, and his arrangements are nuanced to suggest a considerably larger lineup than a quintet. At its most immediate, the album is reminiscent of the orchestrated tracks on Wayne Shorter's Alegria (Verve, 2003). Gorgeous saxophone and flute playing, dancing Brazilian, West African and Caribbean rhythms, foregrounded drums and percussion, and subtle overdubbing, post-production and synth colouring combine to ...