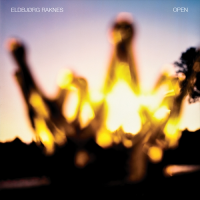 Norwegian vocal artist Eldbjørg Raknes has created a sonic universe of her own. On every new release of her's, the solo album OPEN is already her 25th, she explores new and deeper sounds, nuances and colors. On the new album she focuses on the relation of the music and its raw, primal sounds and voices to the rooms, spaces and surroundings, indoors and outdoors, and how music is framed in relation to the audiences. Raknes is ... 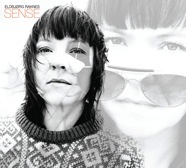 Trondheim, Norway-based Eldbjørg Raknes never ceases to explore and expand her art. In this solo album, the 23rd in her discography, the innovative vocal artist explores the dense interplay between vocal utterance in its most basic forms, free-form texts and intuitive improvisation that culminates in an organic and highly personal manner of composition. Raknes is assisted by guitarist and sound sculptor Stian Westerhus      , her collaborator in her previous release From Frozen Feet Heat Came. On this ... 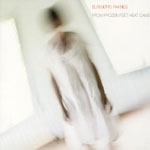 Trondheim-based voice artist Eldbjorg Raknes, like fellow Norwegian voice artist Sidsel Endresen, has developed a highly personal and non-literary vocal language over the last fifteen years. Like Endresen, with whom Raknes collaborated on Gack! (Jazzland, 1999), with the all-vocal improvisation trio ESE also featuring Elin Rosseland, Raknes is constantly pushing the musical envelope with each new work. On her last releases Solo and I Live Suddenly (My Recordings, 2006), she chose to interpret poems by Norwegian poet Olav H. Hauge ...

Norwegian singer and music educator Eldbjørg Raknes specialises in setting poetry by other writers to her own music. She began her career collaborating with keyboard player Christian Wallumrød and trumpeter Arve Henriksen, and later sang with vocal groups featuring other notable Norwegian vocalists like Sidsel Endresen, Solveig Slettahjell and Kristin Asbjørnsen.

Raknes has been releasing her own albums since 1997, with her band Tingeling and as a solo artist, offering idiosyncratic interpretations of works by Frederico Garcia Lorca, Kurt Schwitters, ...